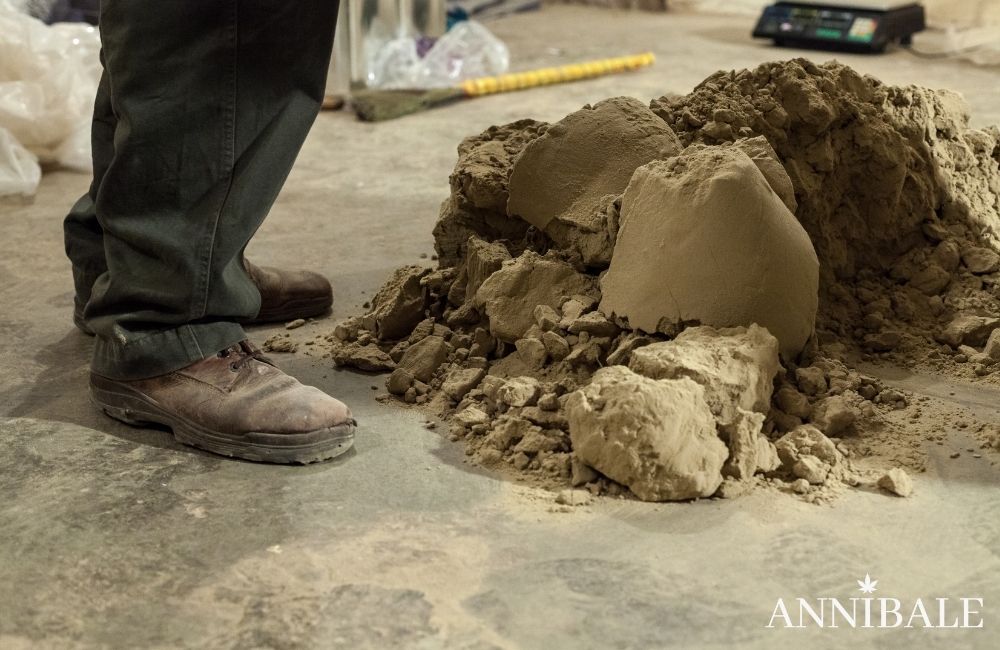 How to Make Hashish, Hash, and Extracts

Welcome to this new blog article on cannabis curiosities, this time focusing on how to make great Hash and extracts from your plant waste and Popcorn Buds (the inflorescences placed in the lower part of the plant, which normally they receive little light, developing little and badly)! In the last article we talked about the effects of cannabis. today we will go directly to discover the main methods of producing smoke! 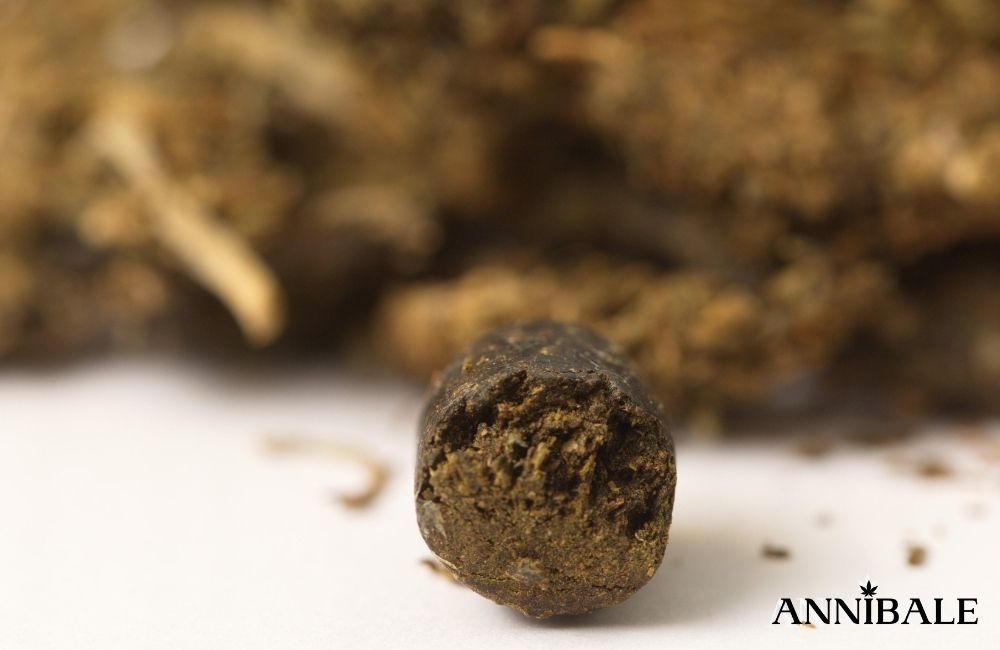 What is Hashish, commonly called Hash?

The term “Hashish” comes from the Arabic word “murderer”, since it was used in ancient times because, thanks to its muscle relaxant effect (it loosens muscles, making movement more fluid), it was used by assassins to score murders, improving them accuracy and stability.

Hashish, or smoke, is an organic compound obtained from the collection of the clean glands of the trichomes of Cannabis, which in the rare powder form is called Kief, while if it goes through the pressing process, it will take the classic shape and color of oxidized hashish. , which will simply be called smoke.

There are also more complex types of Hashish to obtain, such as BHO, WAX and others. However, what we prefer in our team is the first Moroccan beating, such as a rare Bourbouka, or the black Afghan, the Nepalese, or Indian Charas, and finally the magical Bubble Hash! 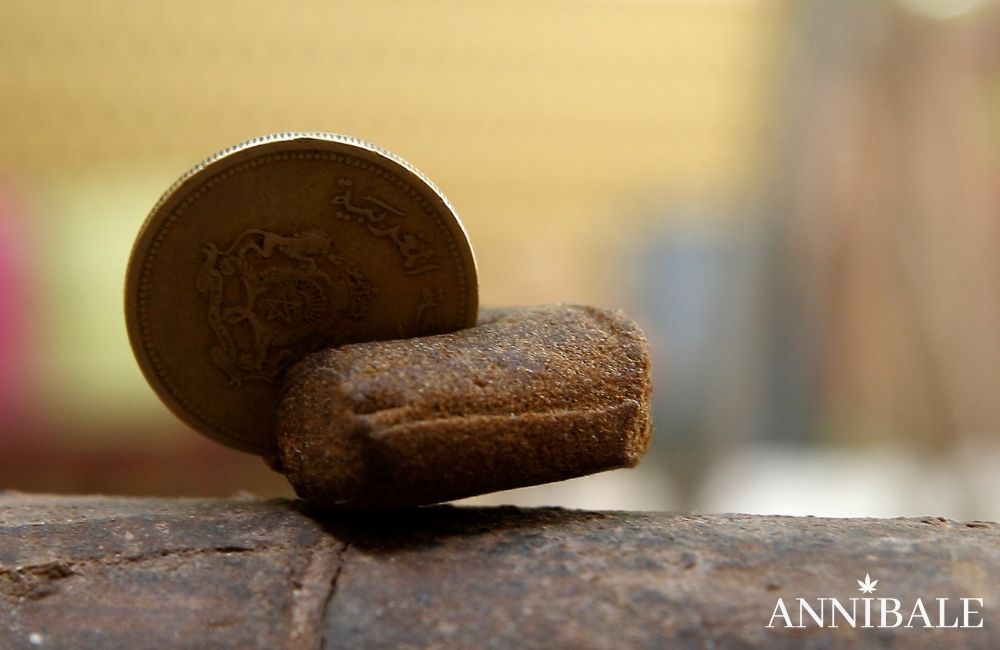 Hashish, or smoke, is a category that in 2022 includes Kief, extracts such as Rosin, oil and simple “smoke”: everything derives from the trichome glands of Hemp plants.

The effects of Hashish are more intense and physical, characterized by greater introspection, which often draws a profound philosophical thought from it. The muscles of the body relax more easily, stress and anxiety decrease, and sleep is what can conclude the excellent effect of good Hashish. Moroccan, Afghani, Lebanese, Indian, Nepalese and Pakistani hashish are noteworthy.

Did you know that the famous Queen Elizabeth herself treated menstrual pain with excellent Hashish chocolates ?! 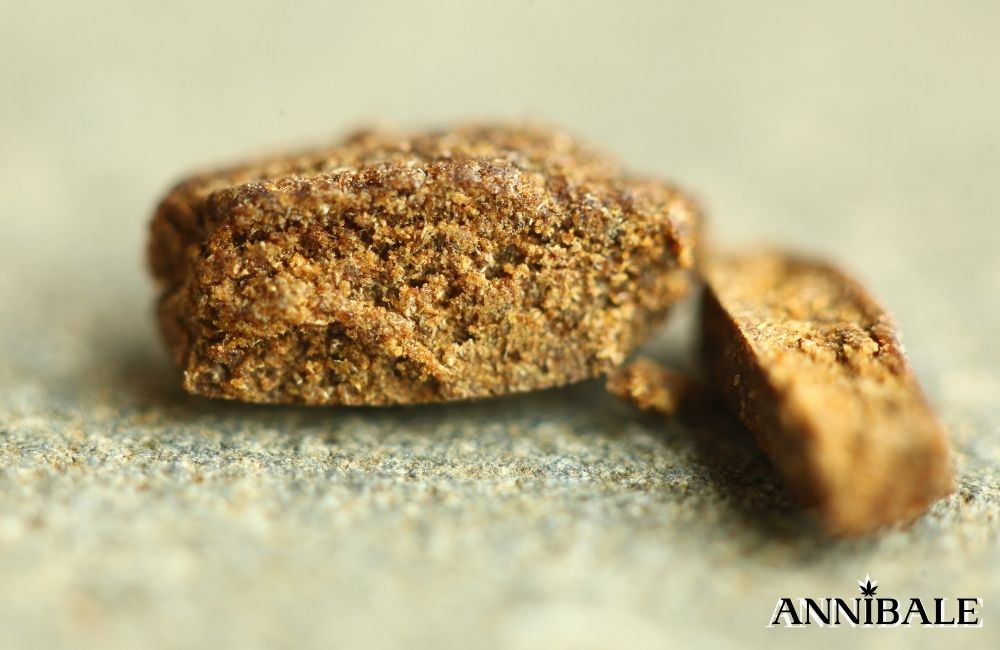 The effect of Marijuana is much more appreciated by users who try cannabis for the first time, being more fun, more complex and more cerebral. However, a large part of regular users report that they prefer a good quality Hashish rather than a great variety of Marijuana. The effect of hash compared to weed is more physical and longer lasting, sometimes intensifying the munchies. 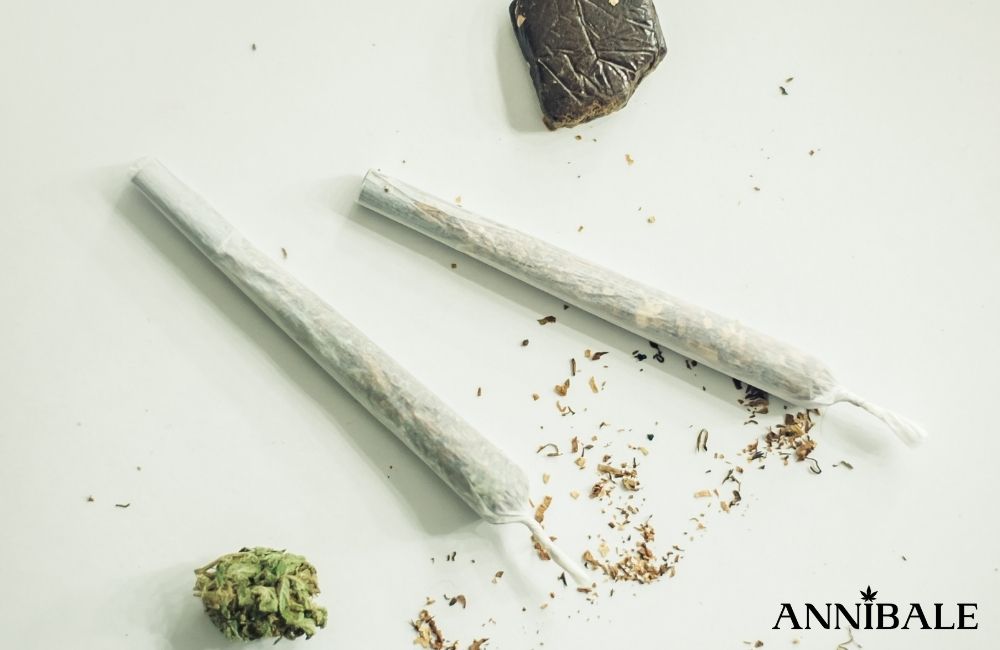 Methods on How to Make Hash

Hash is produced by the trichome isolation process, which can mainly take place with six methods:

Making hash with a sieve (Kief)

This is the simplest and most common method to obtain excellent Kief, which once pressed will be Hashish (Moroccan method). You will have to freeze the inflorescences and the scraps before you can use them. Subsequently, all the organic matter will be passed through a sieve, which will filter only what is the size of the trichomes, discarding the excess plant material.

The smoke made with this method that we prefer most is the famous Bourbouqa: Moroccan Hashish still produced by hand in remote areas, very rare to find on the European black market, is capable of frying, creating bubbles over half a centimeter wide! 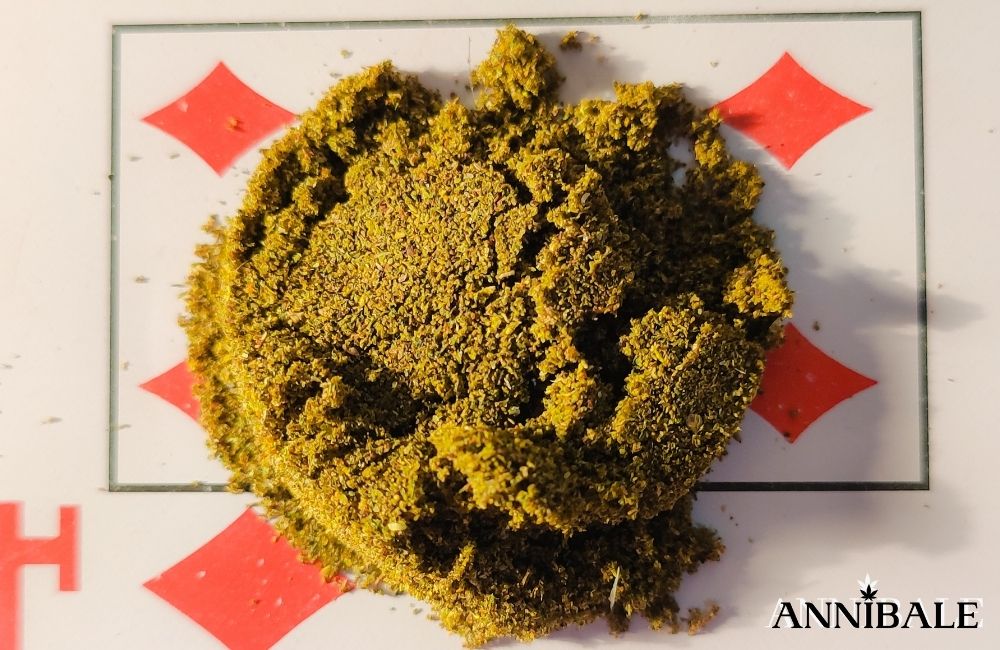 How to Make Hand Hash (Charas)

This is also a very basic method of obtaining excellent smoke (Charas). serving only the use of the palm of your hands! In fact, you will have to rub your hands on the tops of live plants, in order to absorb a good amount of resin inside the hollow of the palm of the hands, which once compacted will form the famous Charas balls!

Since it is Hashish that is obtained from Cannabis plants that are still alive, and normally, not at the complete maturity of flowering, its presence on the market is very rare and limited, and its effect is very different from the smoke extracted from dry cannabis buds. In addition to being much stronger and tastier, Charas is able to offer a more mental and psychedelic high, coming to enclose the effect of Cannabis Sativa with the heavy Indica effect of Afghan smoke.

Worthy of note is the Temple Ball, a particular quality of Nepalese Charas coming from the Himalayan mountain range, where thanks to the cultivation heights and the quality of the oxygen, Marijuana plants produce more quantities of resin, with a less narcotic effect. and more psychedelic: Temple Ball is the symbolic variety of Charas and Nepalese Hashish! 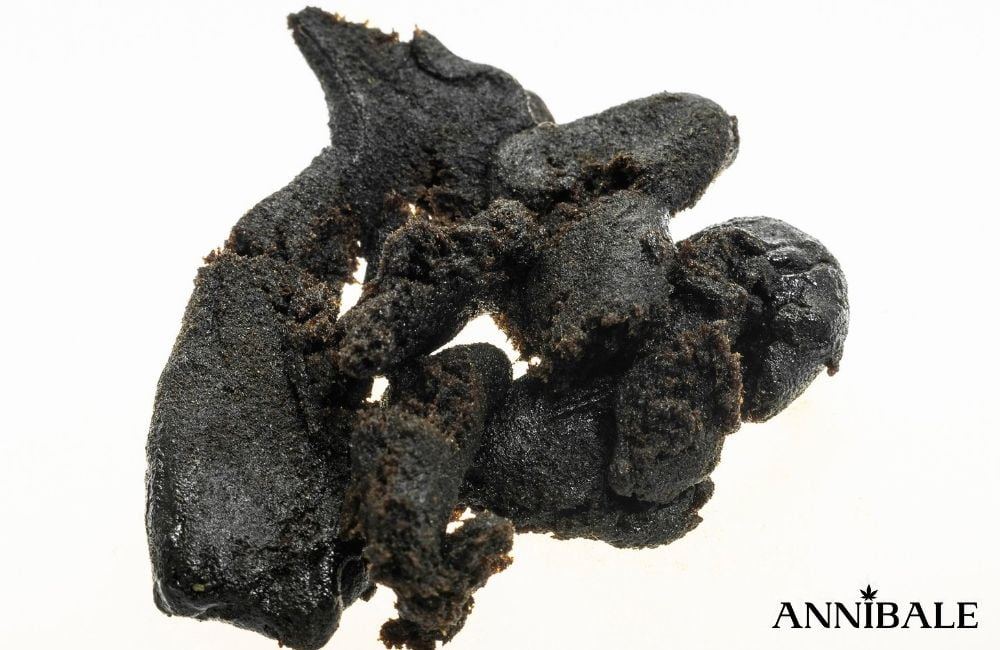 How to Make Hash with Ice and Water (Bubble Hash)

Method of extraction of hashish very used and simple, but it will be necessary to have the Bubble Hash meshes available, capable of filtering the trichomes by thickness with the right microns, and not to let all the vegetable matter pass.

It will be necessary to fill the bucket, containing the various Bubble Hash meshes, with cold water and grass, whether they are inflorescences or sugar leaves is not important. However, it will be preferable to insert the Marijuana in the water and, only at the last second, a good amount of ice, so as to keep the water and the Cannabis as cold as possible, favoring the detachment of the trichome glands.

Once the motion has been activated, which can be mechanical (with one of the many special machines for producing Bubble Hash), or manual, shaking the water with a tool (we recommend the use of electric whips to facilitate and significantly improve the result) , must act for at least 15 minutes. It should then be left to rest for about 1 hour, so that the hashish settles properly on the bottom of the mesh.

Once the various meshes have been extracted from the water (and the vegetable waste from the first shirt has been thrown away), the water must be allowed to evaporate, drying the Bubble Hash manually, or at low temperatures (max 50 ° C). The result will be amazing smoke, capable of frying like the best Hashish! 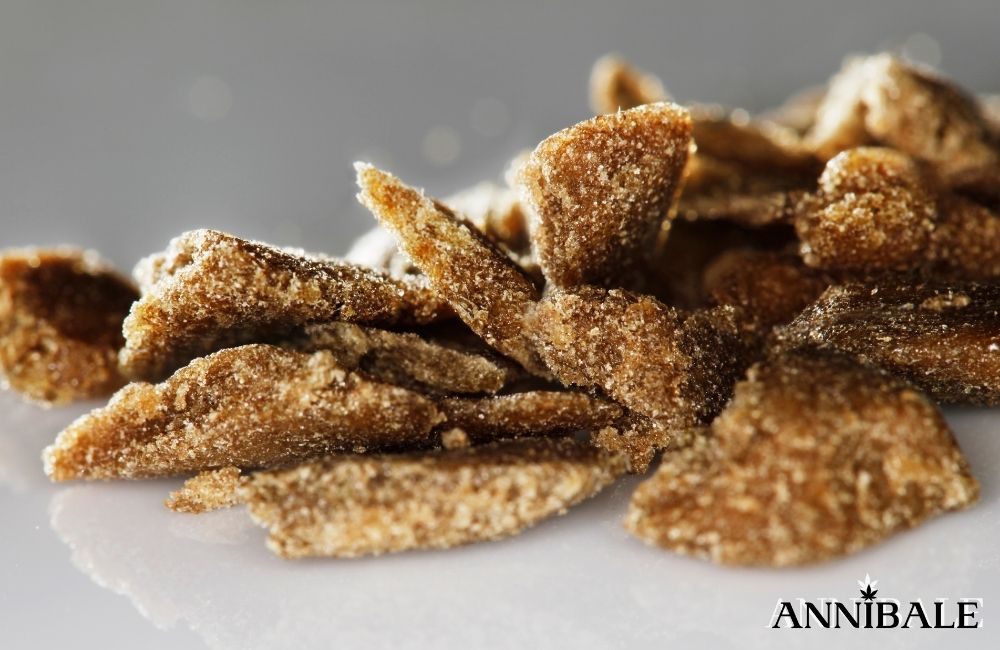 How to make extractions (BHO and WAX)

Extractions such as the famous Wax and BHO are produced using extremely dangerous gases, capable of potentially blowing up the entire production laboratory, investing those who work there. There are various guides provided by manufacturers of tools suitable for developing butane and other gas extractions: we advise you to read them carefully before deciding to produce THC extracts.

Cannabis extractions are what we least prefer to smoke, as they contain traces of solvents used for production, and according to our personal taste, they ruin the harmony and naturalness of Cannabis, bringing it in all respects to an amazing substance without any other validity. 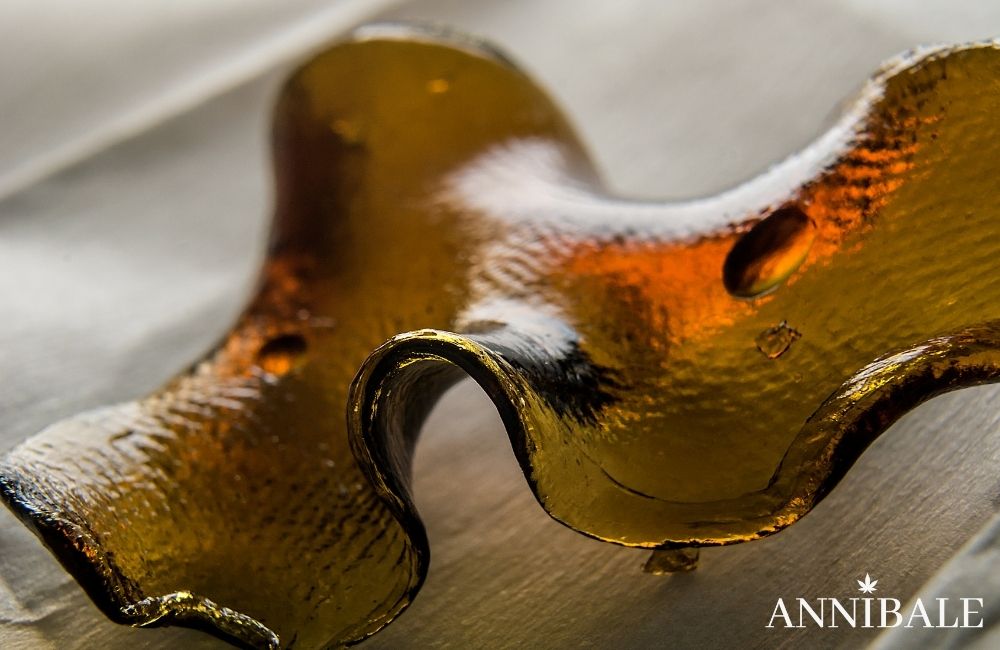 How to Make Hash: Getting the Rosin

Rosin is a cold extraction which, unlike the extracts treated in the previous chapter, does not contain any intruding principle to the very natural “oil” obtained from it.

The extraction process is also much simpler and less complex, and simply consists of having a hydraulic press and some grass at your disposal. The first, in fact, will have to exert very strong pressure on the inflorescences, carefully placed inside two sheets of classic parchment paper. Once the pressure is over, you will get a block of weed to discard and, all around, some fantastic 100% natural and clean oil.

The THC of rosin is normally around 60-80%, likely the same as BHO. We do not recommend the use of the hair straightener in place of the electric plate because, beyond the space necessary to properly press the right amount of Cannabis, it would not be possible to exert the right pressure to break down the resin from the flower, ending up making it stick to the vegetable waste. 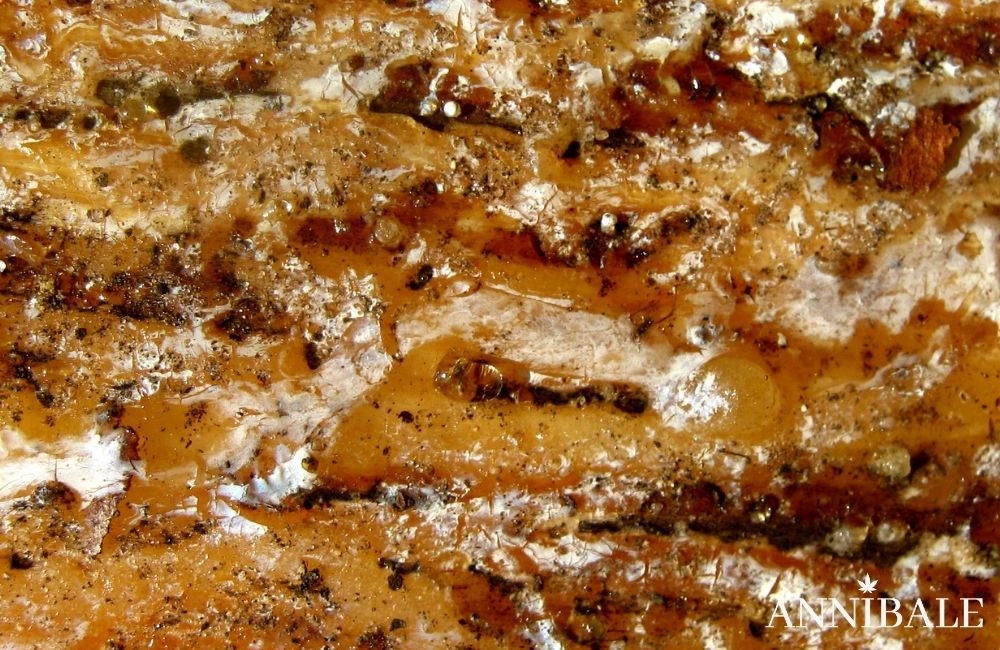 Do you want to know how to make hash in an easy and cheap way…?

This method of smoke extraction and production is very simple. Depending on the amount of plant material available, you will need to have a right container (better transparent, and previously placed in the freezer) filled with cold water and ice, where you can store frozen Marijuana, and electric whips (in the absence of these, you can use the classic pastry whisk, in order to stir the water manually)

Operate the electric whisk trying to shake the ice and grass on the surface for about 10 minutes. Then let it rest for about an hour.

This is the cheapest and most suitable method of extraction, but slower and less clean than other methods. The result will still be an amazing piece of Hashish, completely natural and fairly clean! 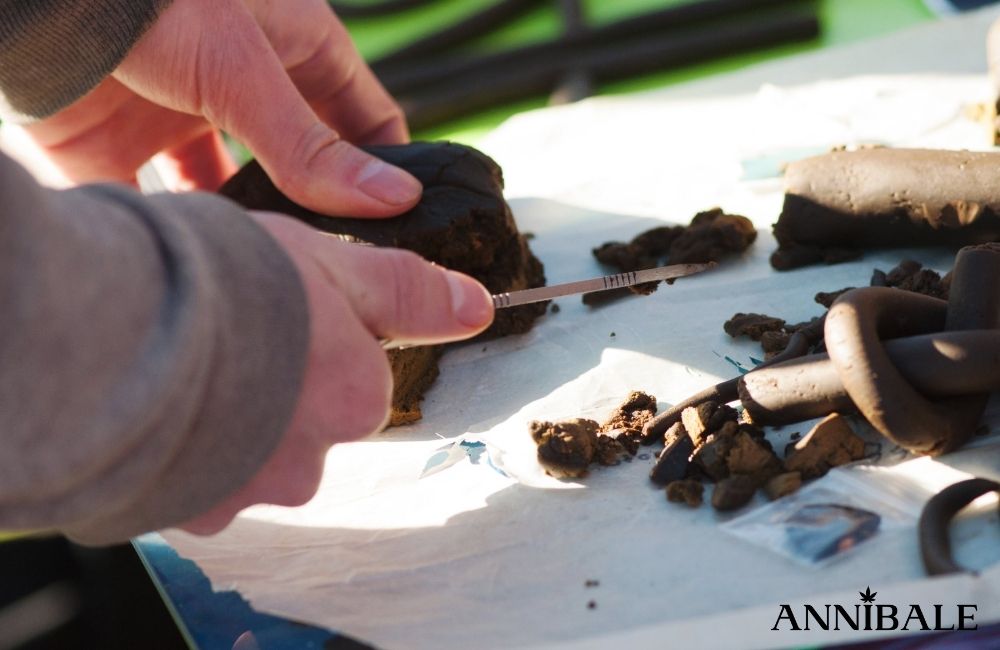 And for this chapter on how to make Hashish (or smoke) is all, keep following us in our next chapter on “What is THC and CBD”.

Greetings from the staff, see you next time!