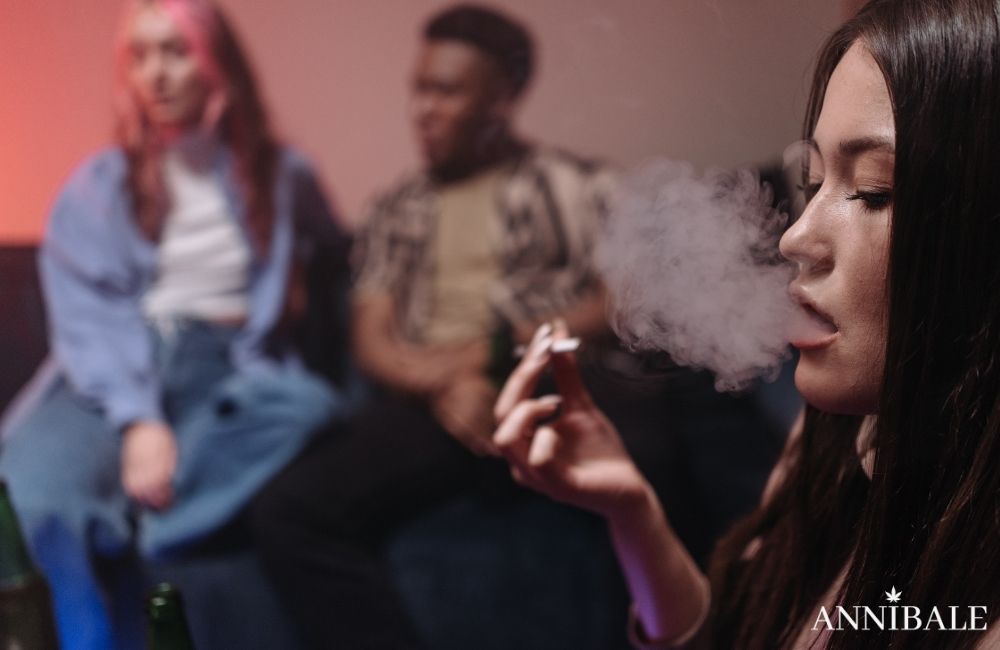 Welcome to this new article on the 5 best Marijuana movies to watch in 2022, taken from the “Cannabis Curiosities” section of the official Annibale Seedshop blog! After seeing what are the Cannabis Effect and How to Make Hash, today we are going to discover 5 of the best Cannabis movies that you can comfortably stream from your couch in 2022! 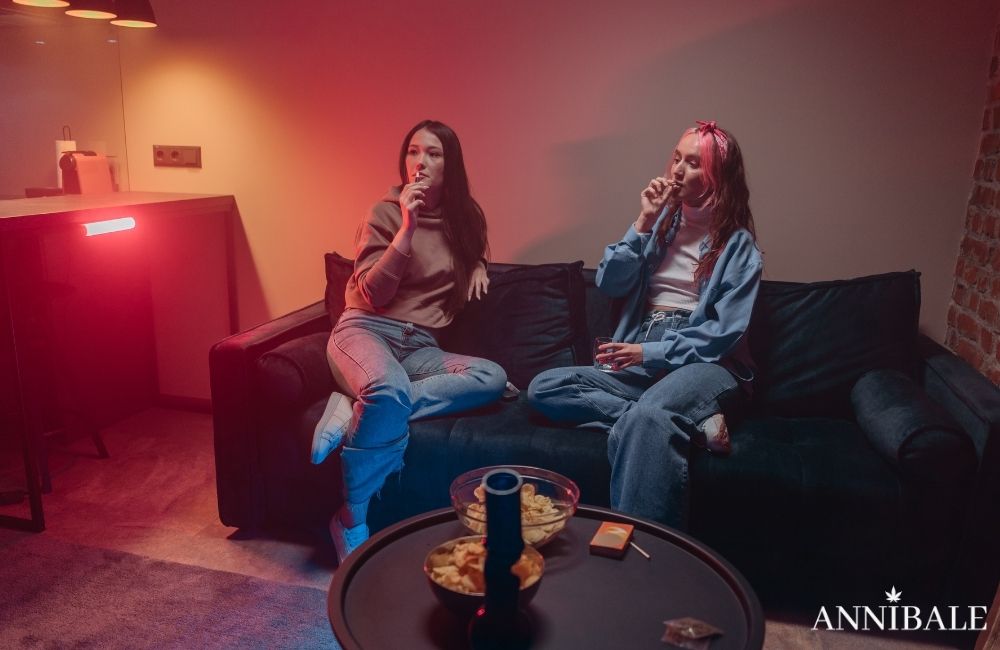 After going through a busy day at work, have you just unplugged, and what would you most like to just relax by smoking some weed, accompanied by a good cannabis movie? If you are thinking of wanting to watch TV or start streaming, here is a list of the 5 best Cannabis movies on according to the Annibale Seedshop Team!

Although this is a film produced over twenty years ago, it remains a Cult of the European Cannabis culture, as well as a film appreciated all over the world! Set in Cornwall, this is the story of a middle-aged lady, Grace Trevethyn, who is passionate about gardening and well-liked across the country. Her life is turned upside down by the sudden death of her husband, who leaves her in a flood of debts, with the risk of confiscation of the beautiful house in which she lives.

Grace, who hasn’t worked a single day of her life, must now hasten to find a way to earn a lot of money to save her beloved home. The idea that could help her is proposed by Matthew, her trusted gardener: to replace her beloved orchids, which are in the greenhouse before the house, with marijuana plants.

After the initial bewilderment, the elderly Grace accepts Matthew’s proposal, and begins to devote herself to the production of the herb, which will soon grow luxuriantly thanks to her skill in gardening. To find the buyers, the lady will go fully dressed to London to find a dealer interested in the goods. It will be the beginning of a very fruitful trade, but which will not last very long … 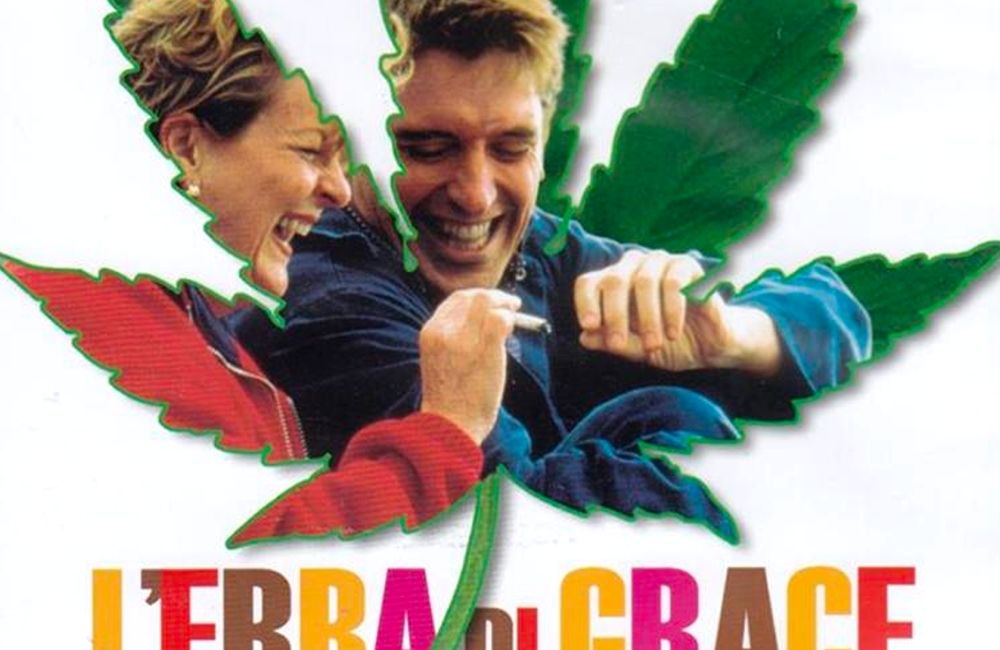 Bill and Brady Kincaid, both played by Edward Norton, are twins. Bill Kincaid is an esteemed professor of classical philosophy at Brown University, while the latter lives in Oklahoma where he sells the highest quality marijuana produced by hydroponic cultivation.

Bill is highly regarded in the academic world, so much so that he will be offered the opportunity to open his own philosophy department at Harvard. Brady, the twin, is instead at war with local drug kingpin Pug Rothbaum, a prominent member of the Jewish community who has decided to finance his business. Brady has decided to quit marijuana, as his girlfriend Colleen is about to have a baby, however Rothbaum tries to push him to continue the business, demanding immediate return of the money she lent him if he does not agree to cooperate.

One day Rick Bolger, Brady’s good business partner, phones Bill to inform him that his brother died in a drug deal gone wrong. Despite having long ago severed the bond with the entire family, Bill immediately flies to Oklahoma for Brady’s funeral: it will be just the beginning of a long adventure! 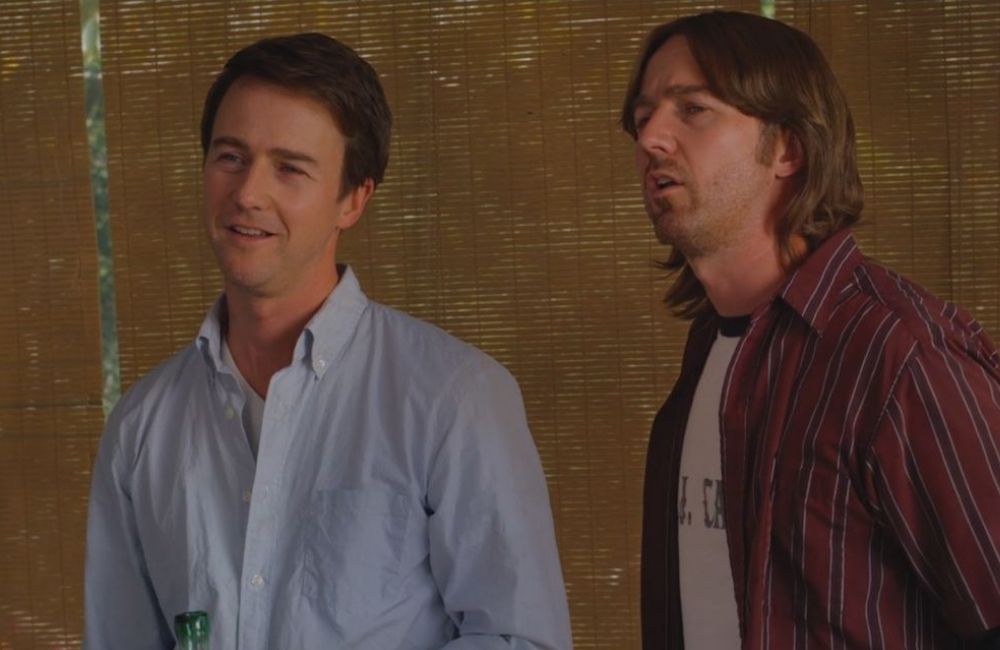 The story of this masterpiece centers on two American pot smokers, Silas and Jamal (whose part is played by the fantastic rappers Method Man and Redman). When friend Ivory dies from a strange chain of incredible accidents, Silas uses his ashes as fertilizer to produce a new batch of his highest quality marijuana.

Before his THC (Testing for Higher Credentials, a mockery of the SAT Reasoning Test), or the exam to enter college, he meets Jamal, a young boy who, still living at home with his poor elderly mother, is led by the same to show up for the exam, hoping it’s the right time to get him out of the house.

Both of them would like to smoke some marijuana before the exam, but they need each other’s help, and they start their friendship. Since the plant they smoke has been fertilized with Ivory’s ashes, the friend’s ghost appears to the two friends and helps them in the test, always passing them with full points.

While the teachers are dubious of the qualities of the boys to offer a scholarship to the two, they are not particularly attracted to it. Principal Huntley suggests that the two of them enter the famous Harvard University anyway. The two accept the offer and continue to use the “magic” weed to succeed, obtaining even greater results, however the Cannabis will soon end, along with the help of the missing friend … 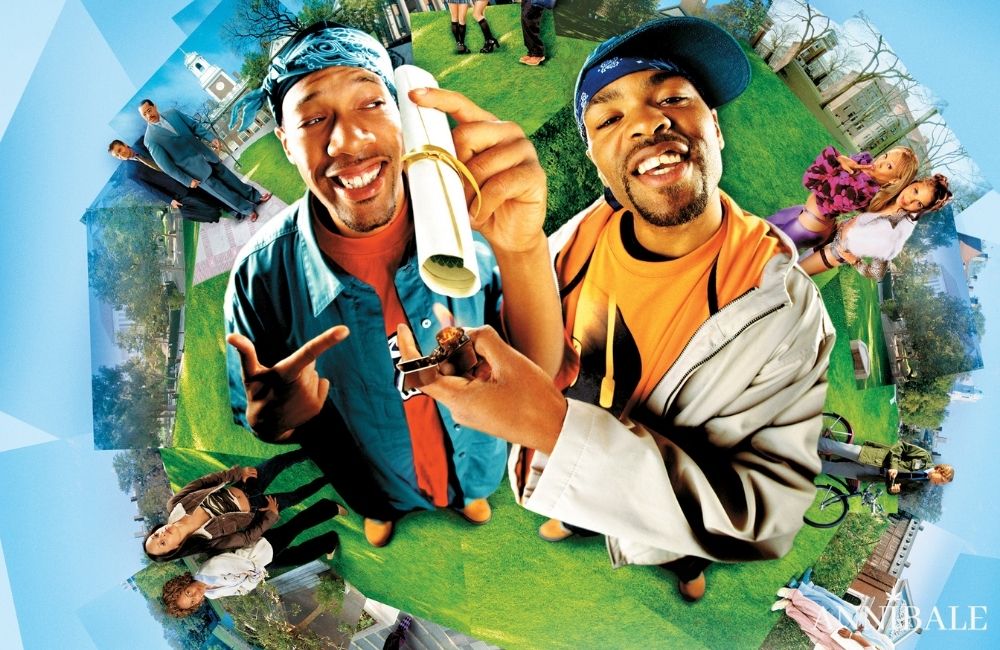 While he is smoking a joint in the car waiting to deliver judicial documents, Dale witnesses a murder, of which he becomes the only eyewitness. Seized by the panic of the moment, the man runs away from the crime scene, throwing half a joint of the precious herb out of the window.

At this point Dale has a doubt and goes back to Saul’s house to clarify it: can the killers (a corrupt policewoman and an important drug kingpin) trace his identity through the rare variety of marijuana contained in the joint? Saul believes so. After realizing that they are not suffering from paranoia due to the use of weed, the two friends begin a daring escape from the city to try to save their skin! 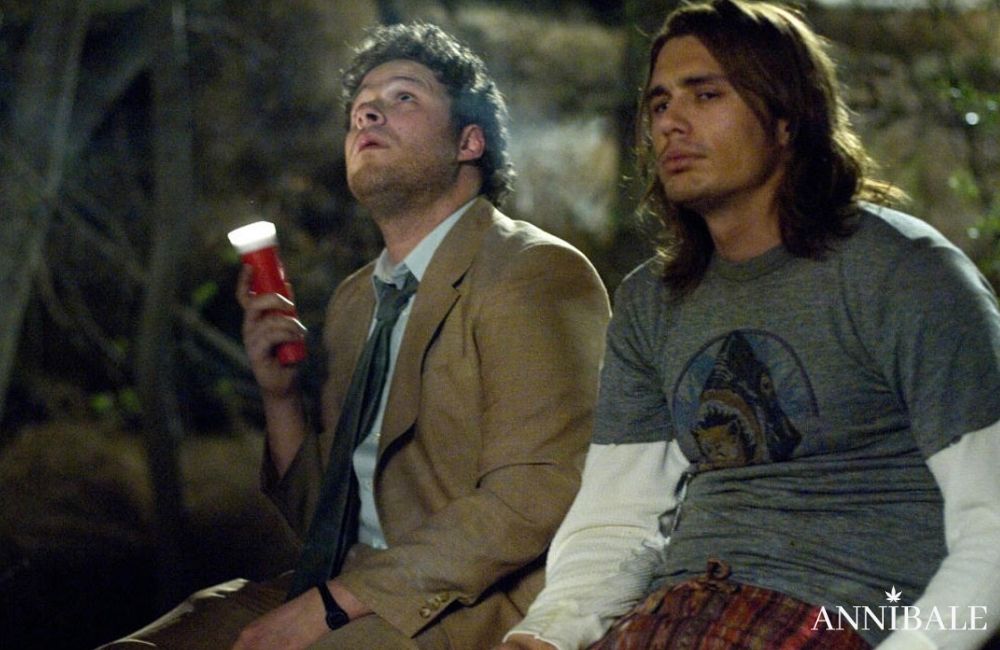 David Burke is a small dealer of the highest quality marijuana. His clientele includes bourgeois cooks and mothers but no kids because, after all, he considers himself a man of principles. Despite always trying to go unnoticed, he learns in the worst way that no good deed goes unpunished when to help local teenagers he finds himself attacked by a group of thugs who, once caught up after a very unfortunate escape, steal his weed. and the money, leaving him in heavy debt to his dealer Brad.

In order to put everything back in place, David will be forced to collaborate on Brad’s latest operation: a huge shipment of Marijuana arriving from Mexico. Dave decides to accept, setting up a plan that will involve his three neighbors in spite of them: the cynical stripper Rose, played by the legendary Jennifer Aniston; her young neighbor Kenny, and tattooed and cunning teen Casey.

David then devises a perfect plan: to pose as a family, with his wife Rose, and his two fake children who are little more than teenagers, Kenny and Casey. On board a very luxurious (and very spacious ..!) Camper, the “Millers” head to the southern border of the United States. 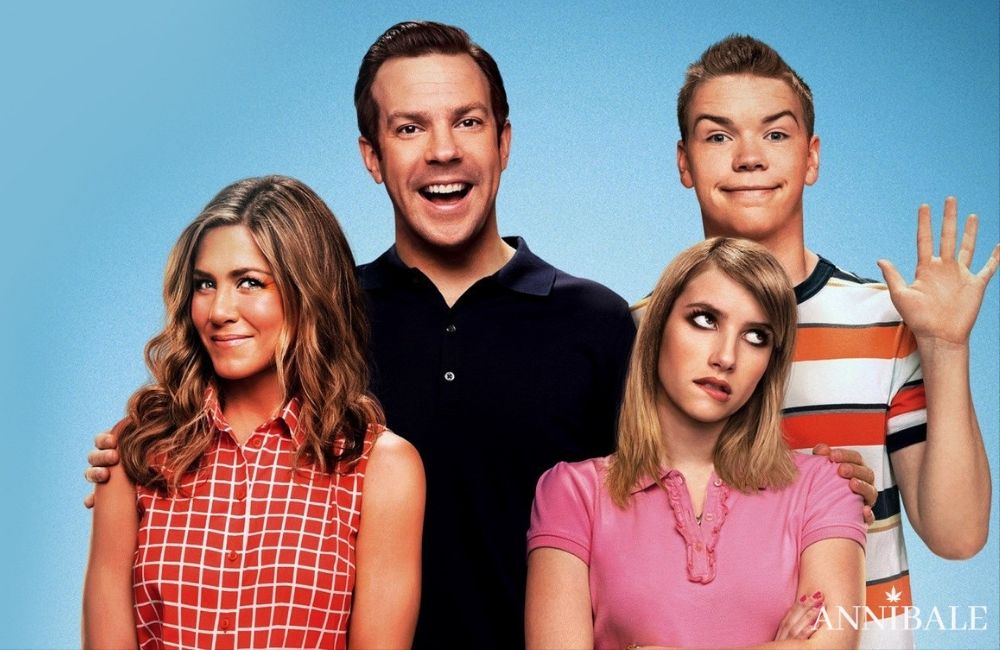 In the subtitle, the numerous accomplices of this unmissable assembly work train before shooting all the rods in the world: Everything you ever wanted to know about hemp and they never told you. Well said.

Did you know that in the States of the 30s they showed insane propaganda films against the use of marijuana? Or that, after the end of the second conflict, the Seven Sisters of oil declared war on hemp used as an ecological fuel? Or that Italy, until the 1950s, was the second country in the world in the cultivation of the same? And that, again with hemp, ropes, nets, paper and various oils are obtained …?

These and other answers are delightfully reported in the entertaining and very rhythmic, punctual, political and scientifically “tested” Italian docufilm which, after having appeared in the cinemas of the main Italian cities, was distributed in vhs and DVDs by the editions of the newspaper “Manifesto”. 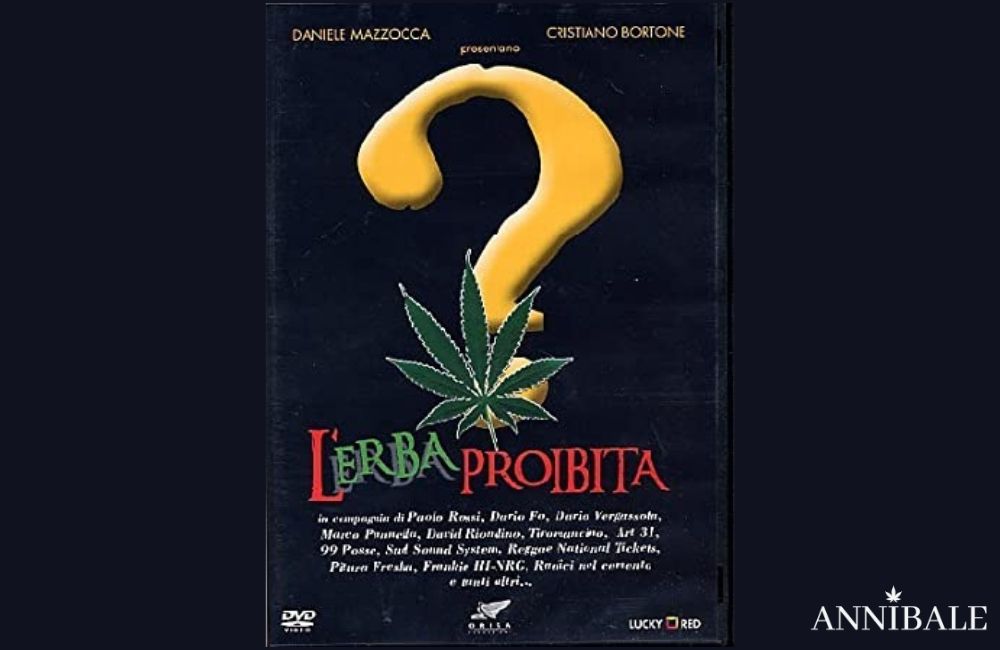 And for this article on the 5 Best Marijuana Movies in 2022 that’s all, keep following us in our next article!

Greetings from the Annibale Seedshop Team!