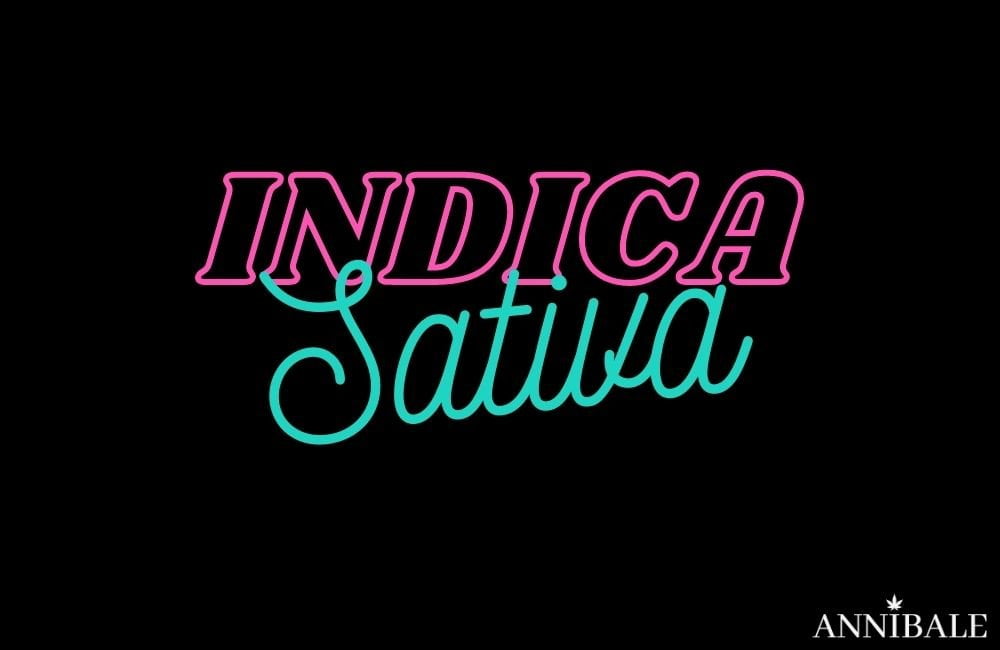 The main differences between Cannabis Indica VS Sativa

Here we are again in one of the main chapters of the topic “Indica vs Sativa”, written by Annibale Seedshop Team in our “Cannabis Curiosities” blog. In the last article we’ve seen the main differences between an differences Indoor vs Outdoor in Cannabis growing. Today, we will analyze the differences between the two main sub-categories belonging to the Cannabinaceae family: a must for an experienced grower! 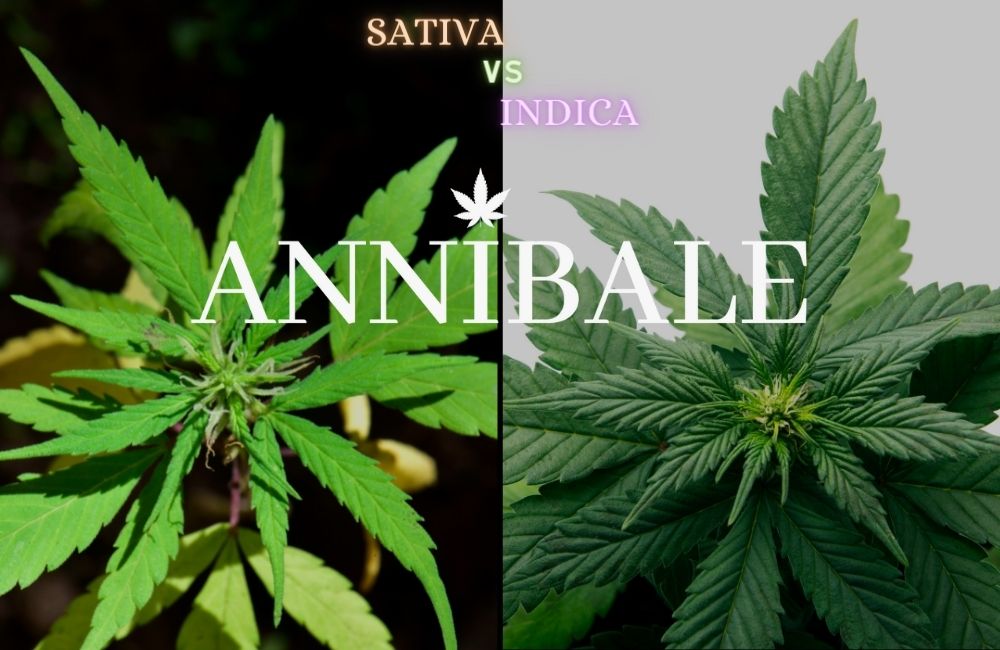 Indica vs Sativa: types of Cannabis

Cannabis is a plant that grows wild in almost every corner of the world. Belonging to the Cannabinaceae family (like hops), the Cannabis plant can be divided into two main categories: Cannabis Indica and Cannabis Sativa, both with different growth characteristics and characteristic terpenic and medical profiles.

In fact, it is not only the terpenes that make the difference between Indica plants and Cannabis Sativa plants, but also the active ingredients present in different quantities, which over the decades have been discovered to be able to produce different effects that modern science seems to nourish today, with particular interest of study for applications in the medical field.

In fact, today we know how to distinguish the various differences between an Amnesia Haze and a Northern Lights, as well as between a Hawaiian Snow and a Blueberry or Grandaddy Purple. 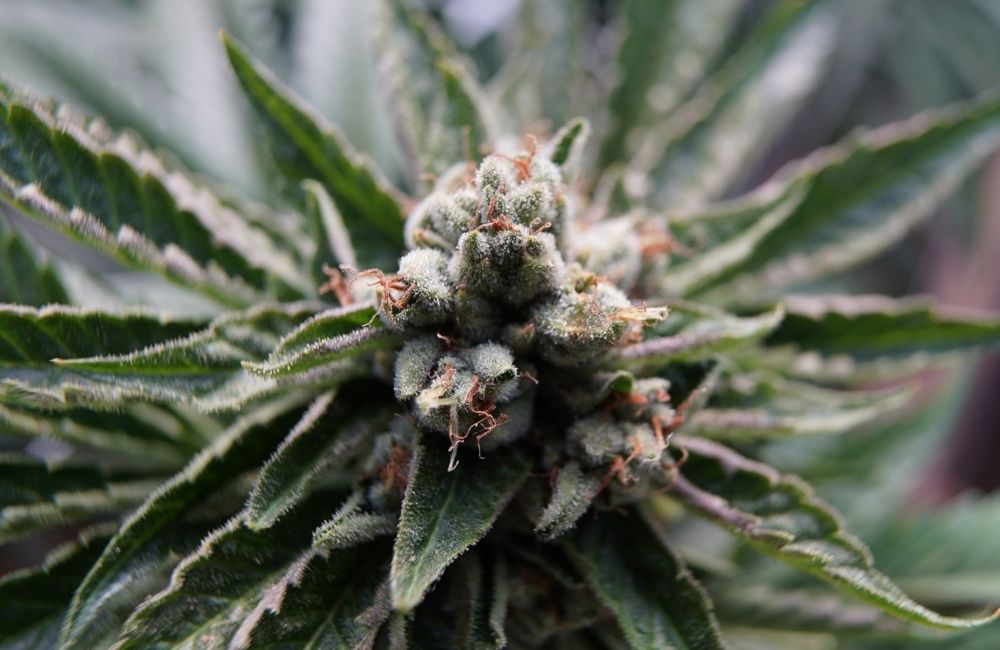 Over the years it has been discovered that there is a third sub-category belonging to the hemp plant family: Cannabis Ruderalis!

Its origins date back to Russia, or more precisely between the north of Russia and Siberia. The polar climate, with temperatures that often drop below 0 degrees Celsius, and poor sunlight penetration on very short days are characteristics of these Nordic countries: a climate definitely unsuitable for growing Cannabis Outdoors, Indica or Sativa that is!

Well, precisely in these lands a quality of Cannabis has been discovered that does not seem to belong to the previous two sub-categories. if in fact Indica vs Sativa are qualities of weed plants that respond to the photoperiodic cycle, Cannabis Ruderalis has proved to be a plant that starts its flowering based exclusively on its seniority, and not on the hours of light that are given to it. This factor has allowed this cannabis strain to survive in environments where the atmospheric conditions can be very treacherous!

These growth characteristics have greatly revolutionized the world cannabis seed market, taking genetic engineering to other levels. Thousands of legendary species have in fact been hybridized with this variety of Hemp, with the aim of creating strong and highly productive plants that could flourish without the external and environmental stimulus of reducing the hours of light. This is how the first Autoflowering Cannabis plants were born

Our opinion about Autoflowering Cannabis strains

In our opinion, this “Auto” revolution has led to an obvious paradox. On the one hand, autoflowering seeds are popular all over the world and are recommended for beginners (as they require less knowledge and experience of the growing habitat, although not the general needs of the cannabis plant). on the other hand, the genetic quality that is expressed in the characteristics of Cannabis Ruderalis is much lower, and the vegetation period is decidedly shorter than its Indica and Sativa sisters, thus requiring a good knowledge of Marijuana cultivation on the part of the grower. that, if he were to make mistakes in the initial phase, he would seriously risk not picking up more than a handful of joints.

The economic desire to be able to produce new autoflowering genetics “suitable for all” by many seedbanks has prevailed over the qualitative factor, significantly lowering the genetic quality of most of the strains that are produced today! 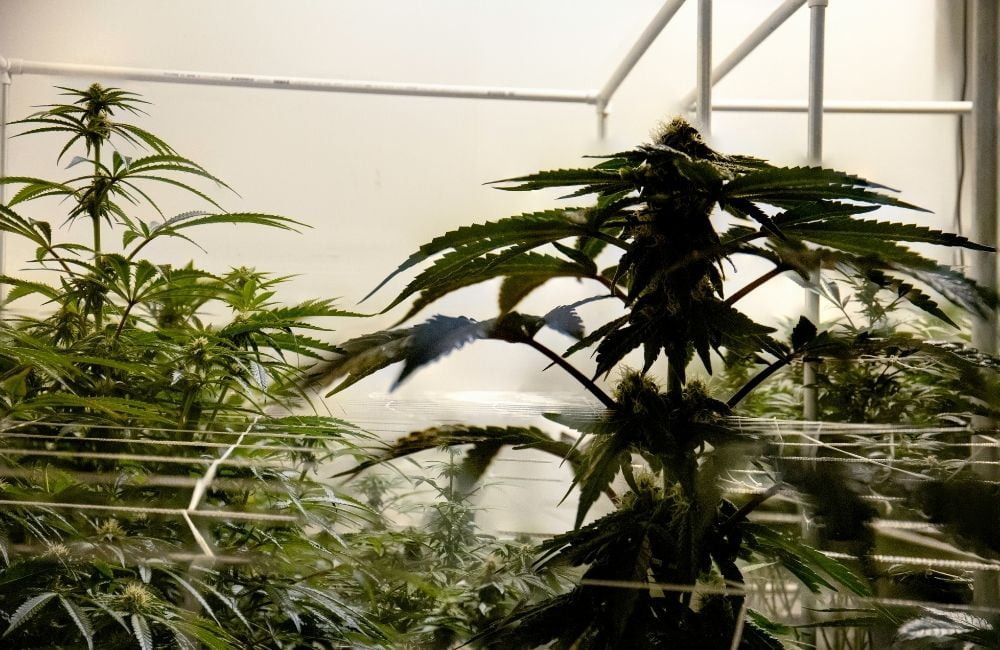 As already mentioned, the Hemp plant is a type of shrub that grows spontaneously in many parts of the world, and the plants that over the centuries have infested a certain place have reproduced among themselves, resulting in a strong indigenous genetic line: Cannabis Landrace. These centuries-old (or millennial) varieties of Marijuana represent a real “database” of cannabis genes, demonstrating stability and reliability in almost all phenotypes. It will be this characteristic that makes Landrace the most suitable varieties to start new genetic lines.

Even today, in some areas of the world, it is still possible to encounter genetically pure indigenous varieties of Indica and Sativa. Nowadays, in very limited places, you can also find Cannabis Ruderalis in its purest form, but unfortunately this Landrace exudes little interest from professional (and non-professional) growers, as the quantity and quality of the an autoflowering Landrace Ruderalis are clearly inferior when compared to the flowers of the Indica / Sativa sisters. 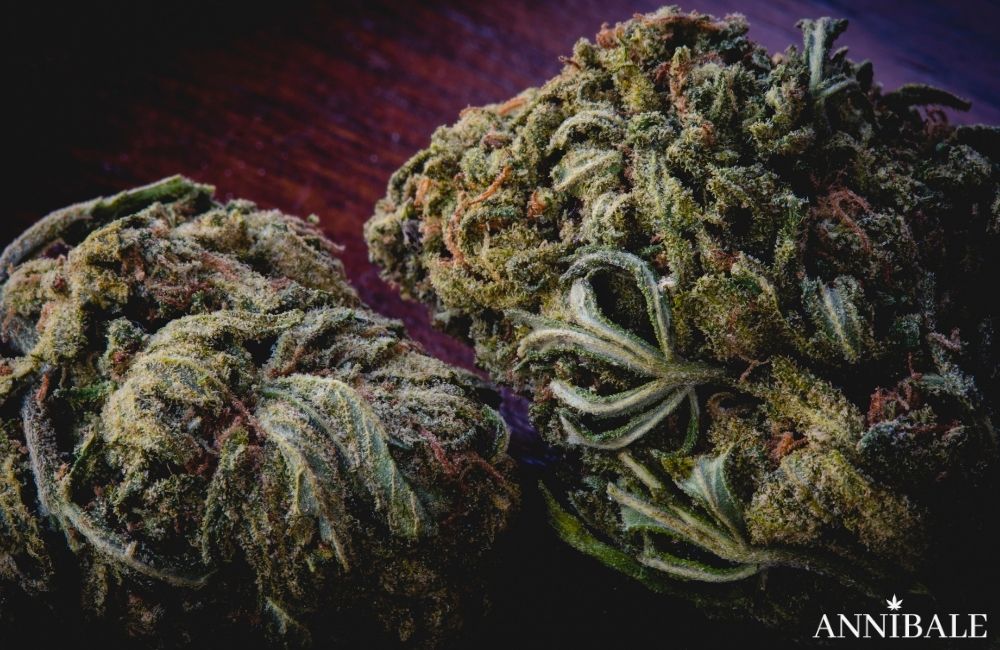 Cannabis Indica, or Indian Hemp, is the variety that usually collects the largest amounts of the active ingredient, with flowers that far exceed the weight of Sativas. Undoubtedly, this factor makes it the preferred option for commercial growers.

Cannabis Indica is the variety most used by Hashish producers, as it grows spontaneously in areas of Afghanistan, Pakistan, Nepal, India, Morocco, Egypt and other African countries.

There are hundreds of qualities of Hashish that today are produced in these countries, our favorite is definitely the “Bourbouka“ (or Burbuka), hashish that is characterized by the size of the oil bubbles that form when heated. 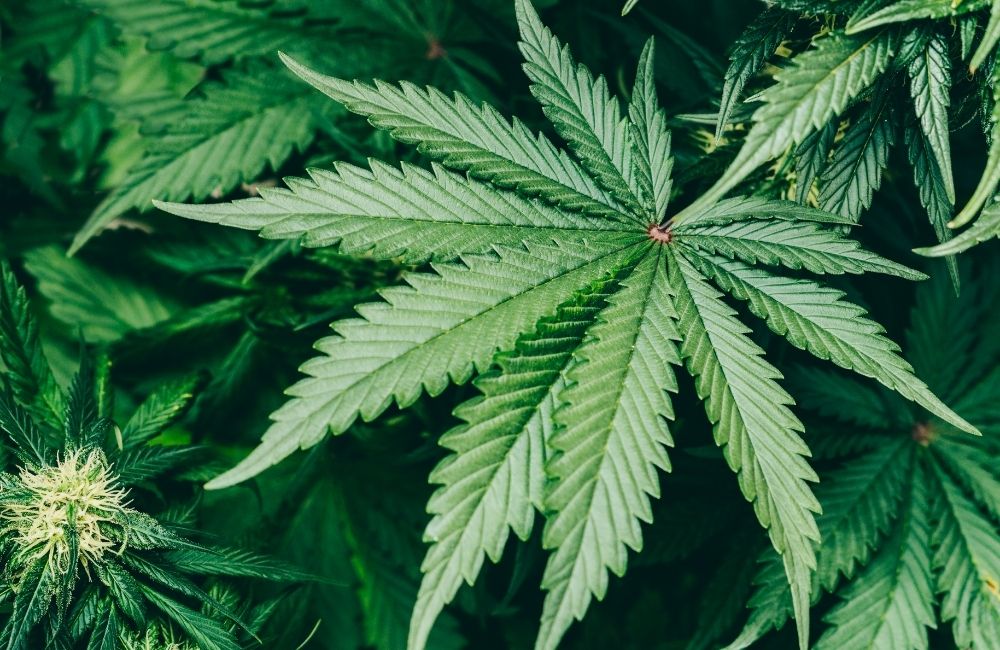 Cannabis Sativa also grows spontaneously, but in other areas of the world than Indica, which are more humid and with a tropical climate: Bob Marley’s Jamaica is the perfect example!

In fact, having different characteristics from its Indica sister that lead it to produce less flower (with lower concentration of active ingredients) and more stem, Hemp Sativa is the best known and cultivated plant in the world.

Just think that, only 80 years ago in 1940, Italy (and its 90 thousand hectares dedicated to cultivation) was the largest producer of Hemp Sativa in the world. In Piedmont, a region of Northern Italy (where Annibale Seedshop is born), the “Canavese” area is often remembered for its famous hemp expanses of the last century, also contributing to its name and its coat of arms.

Classics like Super Silver Haze, Amnesia Haze and Chocolope have made, and still do today, the history of Cannabis Sativa in the coffee shops of Amsterdam.

The places where it is still possible to find it today in its purest state are Jamaica, Colombia, Chile, Peru, Mexico and Central America, tropical islands, Thailand and many others! 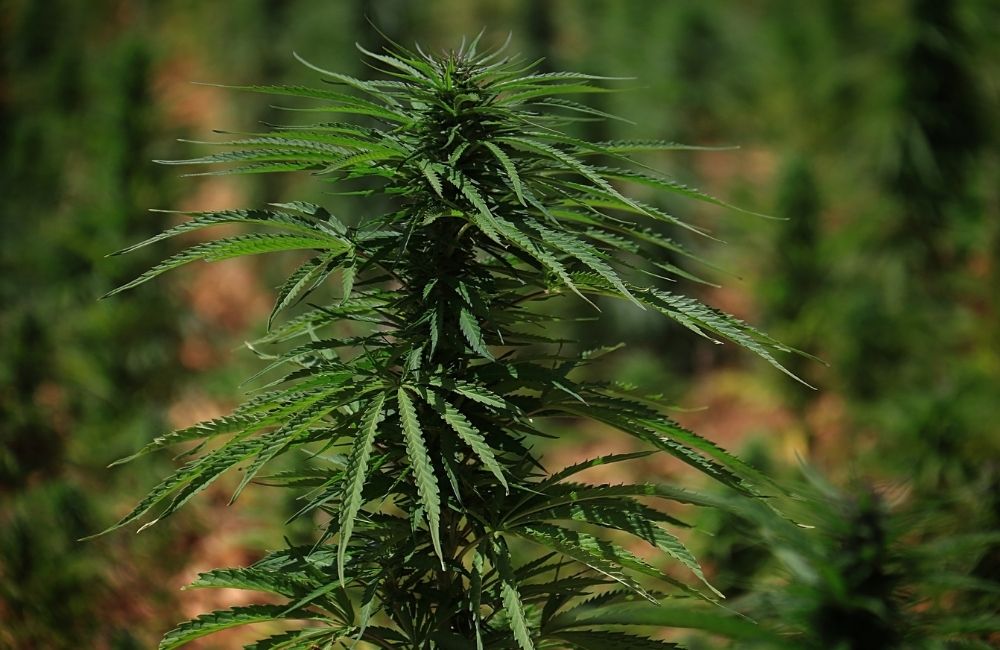 As we have seen before, there are formal and substantial differences between one cannabis strain and another. The characteristics that are determined are the main factor in understanding which plant responds to which final purpose: there are more powerful plants, with active ingredients present in high quantities, such as plants that develop more flowers but of lower quality, still others with extremely short flowering. And the famous cannabis plants CBD, also called “Marijuana Light“?

Let’s analyze together what may be the most interesting growth peculiarities for your project! 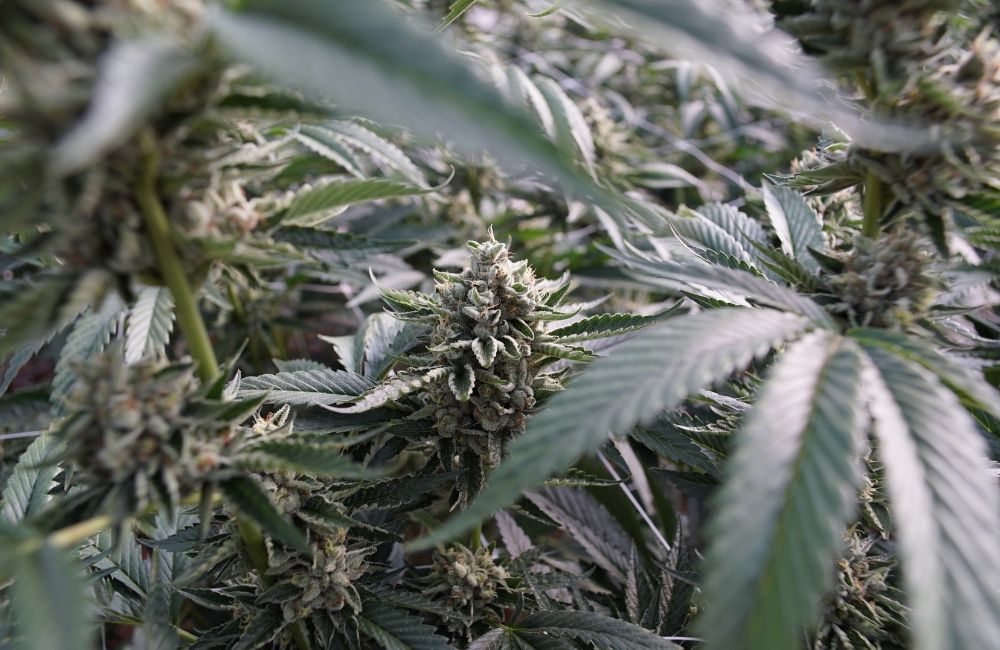 Effects and characteristics of Cannabis Indica

They are plants that develop a medium-low size, with a massive and bushy branching, and a single huge cola with many lower lateral satellites. The weight of the main bud almost always needs some support in the final weeks of flowering.

Flowering times for pure (or prevailing) Cannabis Indica vary from six to nine weeks from changing the light cycle, making it a very fast strain and, again, the most suitable on a commercial scale. The legendary Skunk #1 and Orange Bud are a good example of a perfect Indica to grow.

Its resin is very strong and sedative, with a relaxing effect on the body (called Stoned) which is often recommended as a remedy for chronic pain such as muscle pain, skeletal pain, pain from menstruation and migraines, but also insomnia and stress.

Characteristic leaves, which are wider, more compact and shorter than Sativa’s. Maximum 13 points. 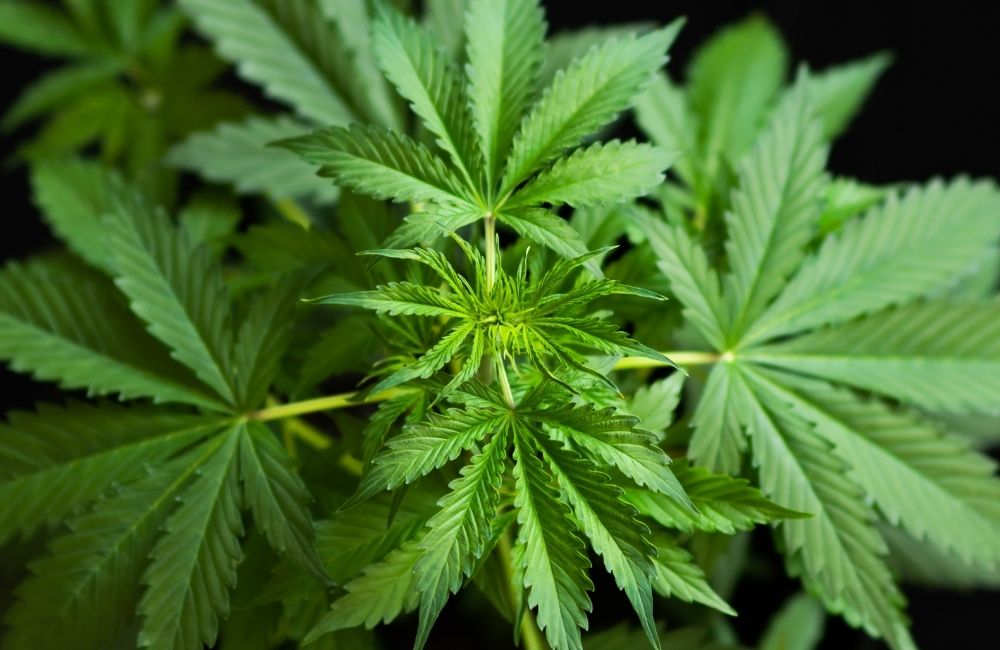 Effects and characteristics of Cannabis Sativa

Very tall plant (it can easily reach over 4 meters in height), with few branches and more voluminous flowers than the Indica, but less dense and less powerful are charatcteristic of Cannabis Sativa. The internodes of the flowers are very far apart, producing less dense, more voluminous and lighter flowers.

Some selected varieties of Cannabis Sativa can come to contain active ingredients below the legal limit, making this plant the most optimal resource in the paper supply chain, a perfect green substitute for plastics, a possible “natural fuel generator“, a valid ally as an alternative. to some pharmacological treatments as well as a wonderful plant to grow, and above all it does not produce drugs.

Its effect is preferred by many smokers to that of Indica plants as it is more cerebral and lysergic, stimulating imagination and creativity, and less physically heavy, giving the possibility of being able to smoke even during the day (or as a break between important commitments). It is also referred to as High.

Its leaves are extremely thin and very long, with a much higher calyx-to-leaf ratio than Indica varieties. Maximum 19 points. 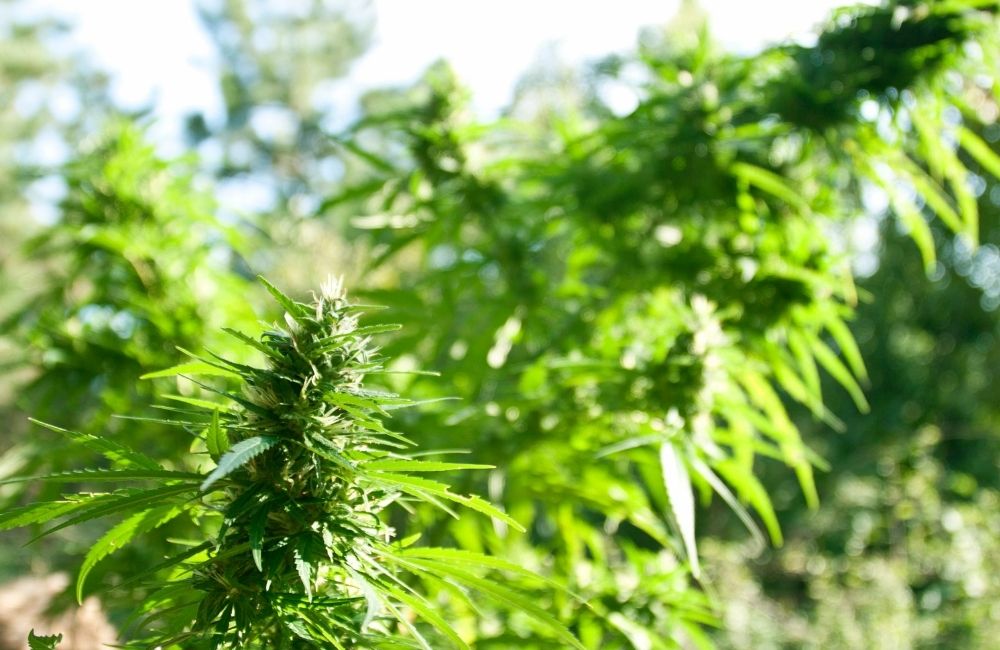 As anticipated in the chapter above, Cannabis Light (or Marijuana Light) is a type of genetic selection of Hemp. This variety is widely used to obtain fiber suitable for textile production. Its peculiarity is in the production of flowers with very low (or non-existent) content of active ingredient. Usually, THC does not exceed 0.2%, while in very rare cases it oscillates between 0.2 and 0.6%, making it a plant not psychoactive and completely legal.

As you can already perceive, Cannabis Light is a predominantly Sativa type of Cannabis, and its seeds can be purchased almost everywhere (soon here too) under the European Union guarantee of legal compliance of the seeds.

To be able to cultivate it in Italy, you do not need any permit as in the rest of the European and U.S.A countries, but only to keep the receipt certifying the purchase.

Since 2017 it is possible to buy Cannabis Light with high CBD content (Cannabidiol, one of the essential Cannabinoids present in the Marijuana flower) in many shops, physical or online, and soon you will be able to buy our special genetics here too in CBD version! 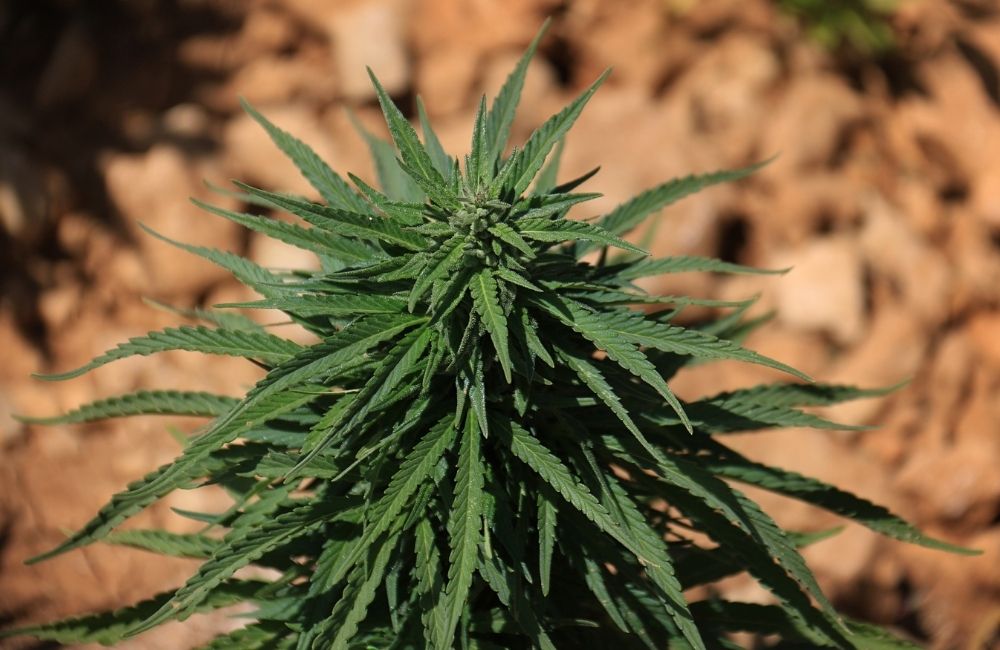 Different genetic lines of Marijuana have been created crossing Cannabis Indica and Sativa of various genetic qualities. Over the decades, have made the history that we know and appreciate today in Dutch coffee shops.

We have released a list of 7 of the best cannabis genetics in the world, both Indica vs Sativa.

If you have doubts about which genetics could be the most suitable for you, you can take a cue and buy the chosen quality directly here on the site at a discounted price! 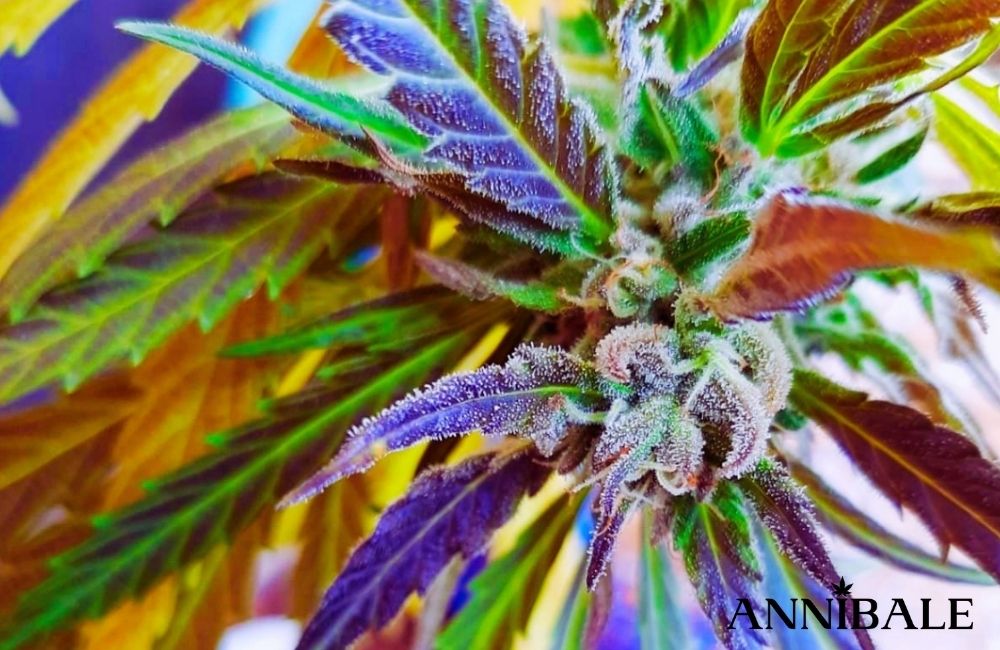 The 7 best Indica cannabis strains according to Annibale Seedshop’s team are: 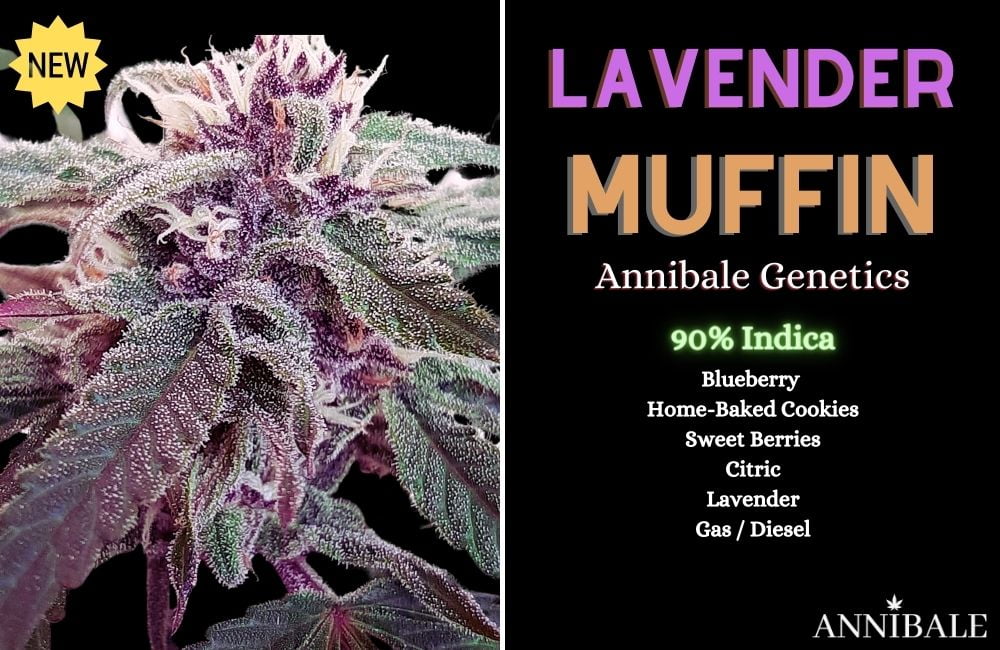 The 7 best cannabis sativa strains according to Annibale Seedshop’s team are: 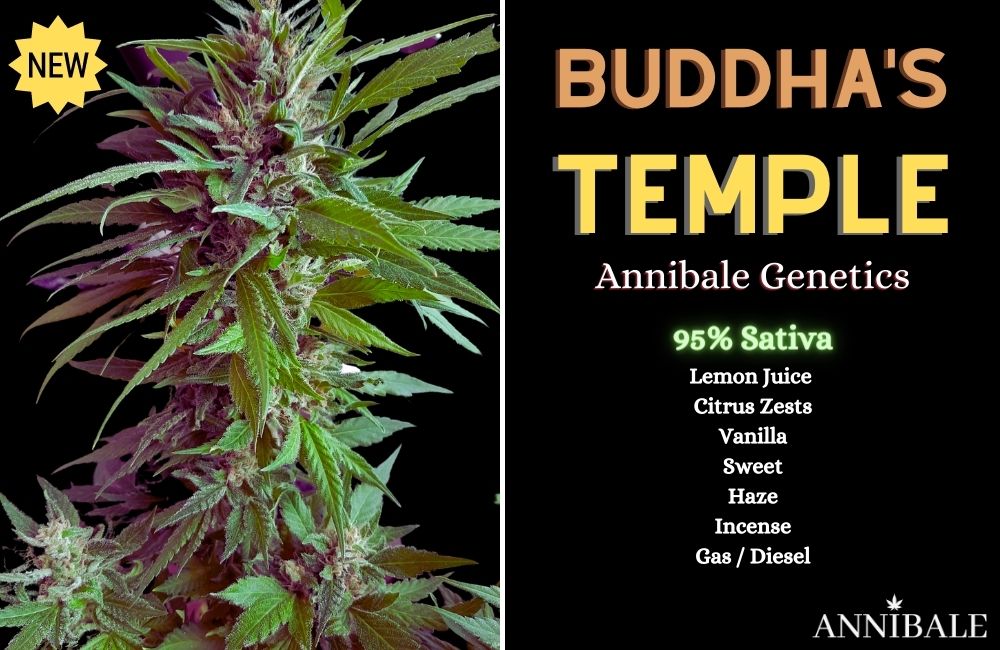 And that’s all for today about Indica vs Sativa Cannabis differences, keep following us in our next article to find out more about “Top 10 Best Sativa Cannabis Seeds 2021”!