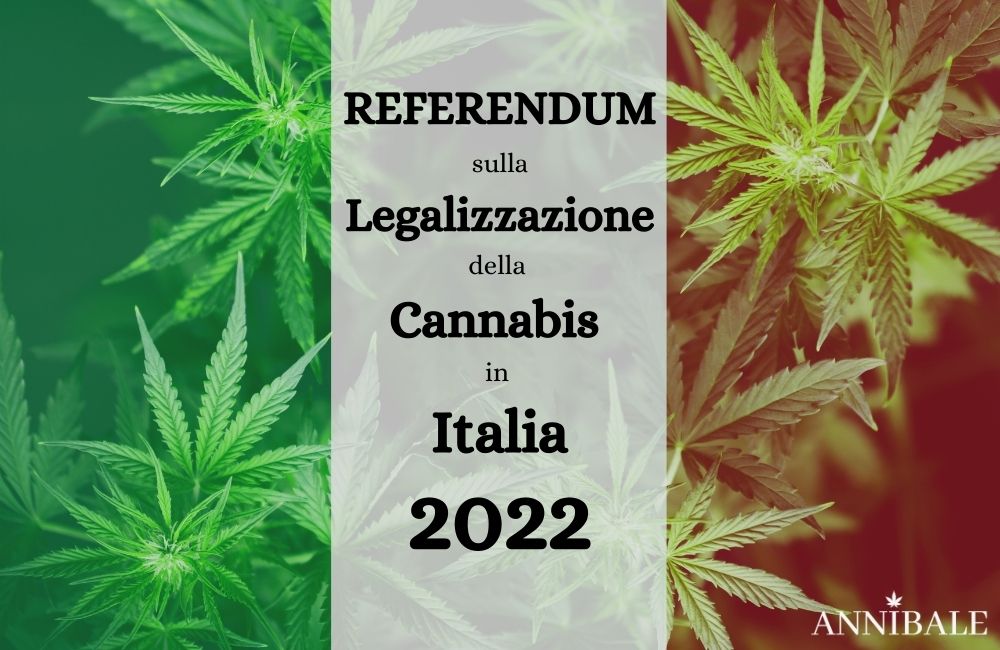 Referendum on the Legalization of Cannabis in Italy 2022

Welcome everyone to this article dedicated to the new popular referendum on the legalization of Cannabis in Italy in 2022! We will find out together what topics the popular referendum promoted by the “Luca Coscioni” association deals with, and what legislative and cultural revolutions it can bring to Italy if it receives positive support from the majority of citizens called to vote. 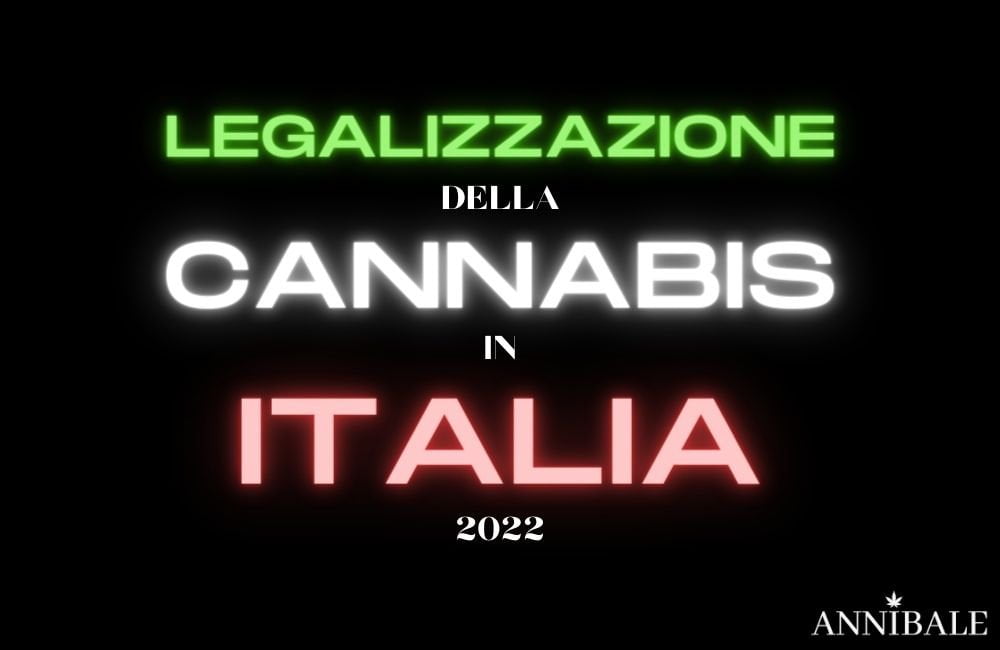 History of Cannabis in Italy

Historically, cannabis cultivation in Italy has always been allowed until the early 1950s. But what amazed even more people was the title of second country in the world for hectares of cultivated hemp, breaking all records and climbing on the steps of the podium.

This is because the cultivation of the Hemp (or Cannabis) plant for textile purposes and the flower of the female plants with active ingredients, Marijuana, was not as closely related as it is today.

Italy was, therefore, the second country in the world for the production of textile hemp, and one of the first for the cultivation of the Cannabis plant! 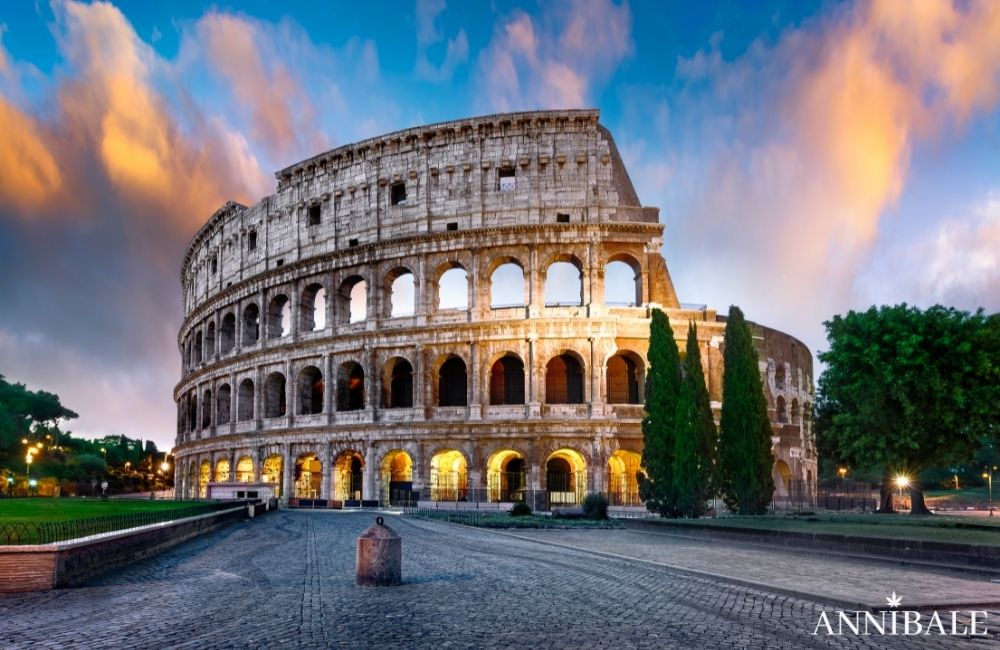 Therefore, the cultivation of Hemp in Italy is not a recent discovery. To get a more precise idea, some areas of Piedmont (a region of Italy renowned for good wine and truffles, where Annibale Seedshop was born) still take their name from the expanses of hemp that are still cultivated in the Canavese area. ! It is no coincidence that the old coat of arms of those areas depicts a hemp plant.

But then, what has changed?

The cultivation of Cannabis in Italy then underwent a strong change under the pressure of the influence of American power in the first post-war period, after the Second World War.

With the approval of the “Marihuana Tax Act”, a 1937 law on the taxation of the cannabis trade, enacted by the Federal Bureau of Narcotics (FBN) and signed by the President of the United States of America Franklin Roosevelt, things changed quickly. , dragging into oblivion the whole history and culture of Cannabis in Italy (and in the world).

The Marihuana Tax Act was a regulatory framework that did not outlaw Cannabis and its consumption or trade, but more subtly, made the trade in the plant and its derivatives prohibitive, since a very expensive tax was envisaged for each transaction that took place. , and tax evasion was punished with a minimum of 5 years of imprisonment in merciless American prisons.

This prohibition wind quickly made its arrival also in Italy, leading the Italian parliament to legislate on the cultivation of Cannabis, making any form of use of the Hemp plant illegal. Its cultivation was thus excluded from the law, erasing a secular culture that few know.

Thus was born the prohibition of Cannabis and the hallucinating myth of Marijuana as a harmful drug, very often compared to heroin. The phrase that we have all heard at least once in our life has certainly been “smoking marijuana creates holes in the brain“, or again, “going from joints to syringes (heroin) is a snap!“.

These are phrases of the Italian prohibitionist propaganda that not only denote the total ignorance of the subjects who have spoken, but voluntarily release a deleterious disinformation towards those who receive certain information. These are phrases that we can still hear today coming out of the mouths of many politicians elected in parliament. 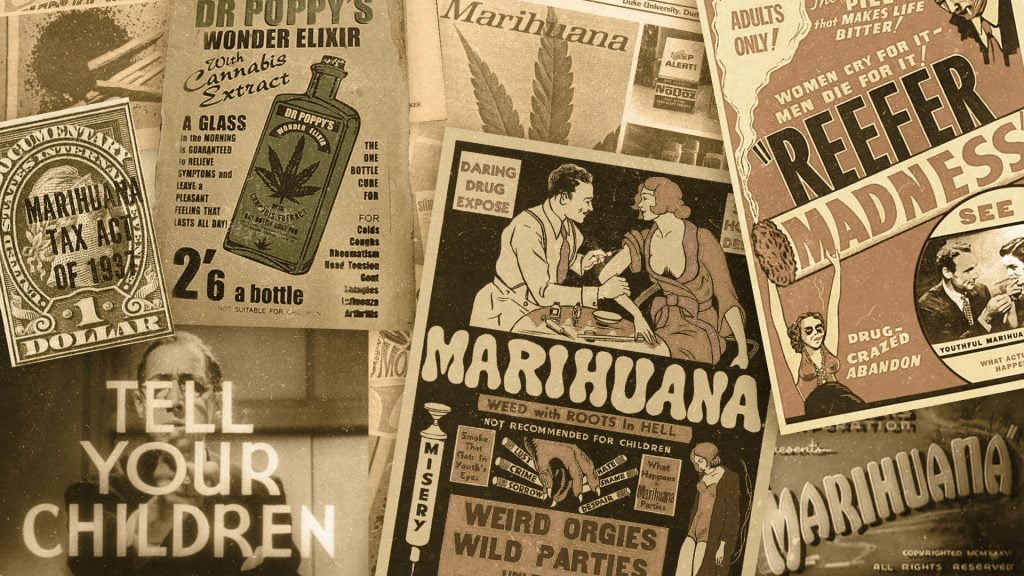 Playful (and therapeutic) consumption of Cannabis in Italy

After the medical studies on Cannabis and THC drawn up in the last thirty years, the possibility of receiving Cannabinoid-based treatments has also opened in Italy. Receiving the treatment still remains very difficult today, since it is necessary to go through a series of official therapies which, only if they do not prove effective, can be replaced with the administration of Cannabis. The cultivation, production, control and supply of cannabis for therapeutic use in Italy is managed and carried out by the military body of Florence.

Italy is one of the first countries in the world for cannabis consumption. It is estimated, in fact, that 6 million Italians (1 out of 10 people) smoke cannabis occasionally or daily: numbers that will find it increasingly difficult to keep up within a strongly prohibitionist state! 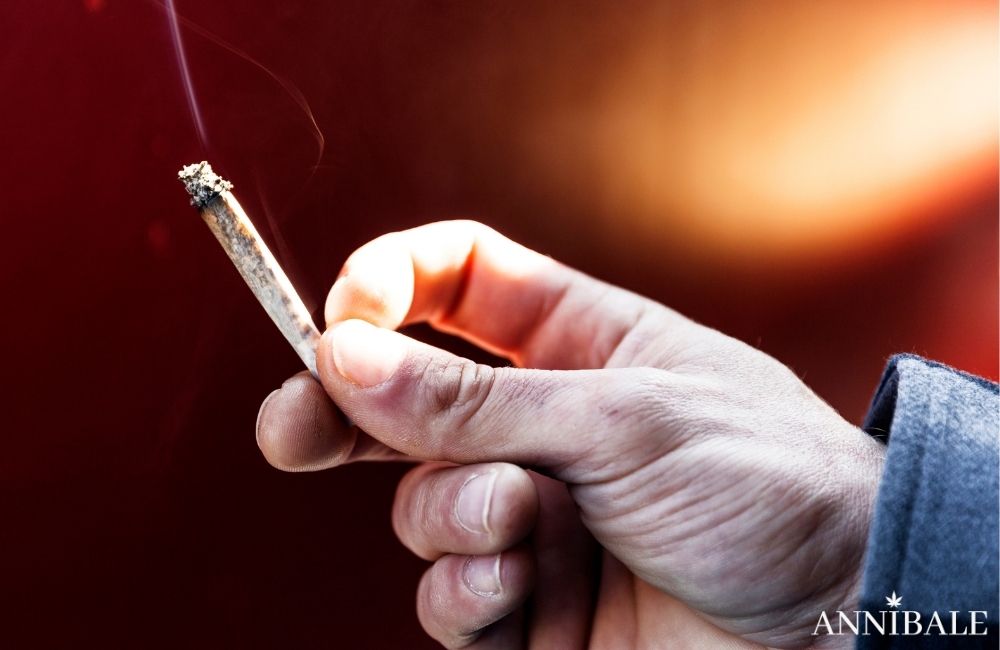 Legal framework on the cultivation of Cannabis in Italy in 2021

To date, in 2021, the cultivation of cannabis in Italy is a criminal offense punishable by imprisonment. The atmosphere in Italy (and in much of Europe) has however changed in recent years.

It will be the worrying state of overcrowding of Italian prisons (which does not stop pouring into increasingly worse conditions), or the mental and cultural openness of some magistrates regarding the cultivation of Cannabis that has been shown in many sentences of the cassation, the fact is that it remains very difficult to serve the few months of imprisonment provided for the crime of growing cannabis in an Italian prison. 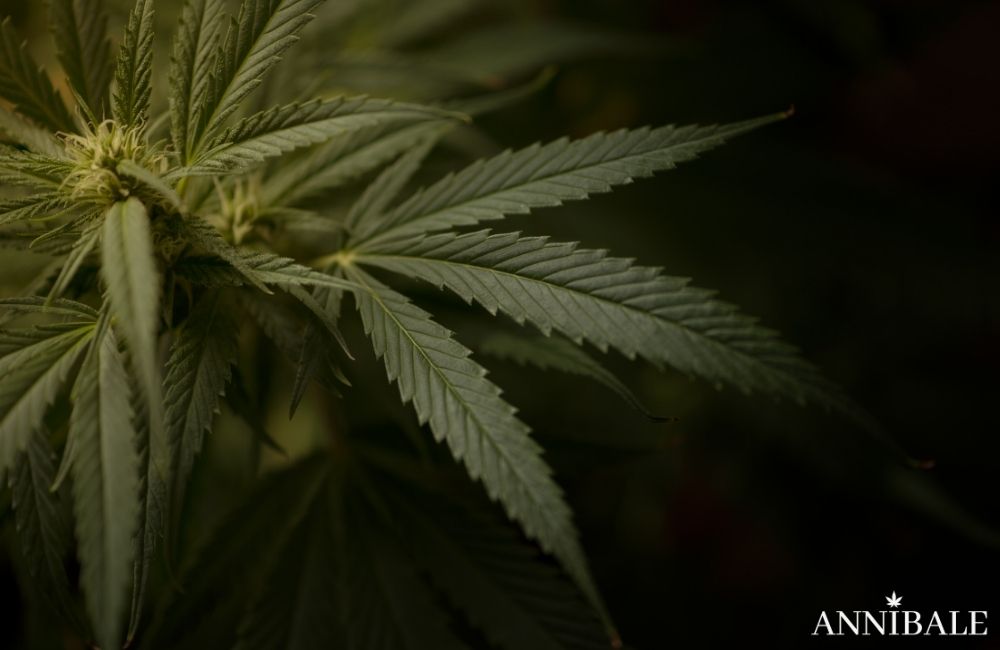 The Fini – Giovanardi law is a law on narcotic substances enacted in 2006 to replace the old law that regulated the consumption and trafficking of Cannabis, the Iervolino – Vassalli (now back into force due to the principle of unconstitutionality of the Fini – Giovanardi) .

This law provided for the abolition of the distinction between drug user and trafficker, between soft drugs and hard drugs, as was recognized by the previous Iervolino Vassalli law. In short, the kid who smokes weed, caught in the act of buying with a gram of hashish in his pocket, was legally compared to the international trafficker of hard drugs such as heroin and cocaine. Its illegitimacy was under everyone’s eyes, but it took 8 years for it to be recognized by the Italian Constitutional Court.

The Iervolino – Vassalli law is a law that regulates the use and trafficking of light drugs deriving from the Cannabis plant, such as Marijuana and Hashish. issued by the Craxi government in 1990 and, at the time, strongly criticized for its penalties.

The big difference between Iervolino Vassalli and Fini Giovanardi, beyond the distinction between soft and hard drugs, was the type of penalty applied, which for the simple consumption of substances ended up in a banal fine from an administrative offense, a legislative penalty on a par with what is now a fine for speeding by car. 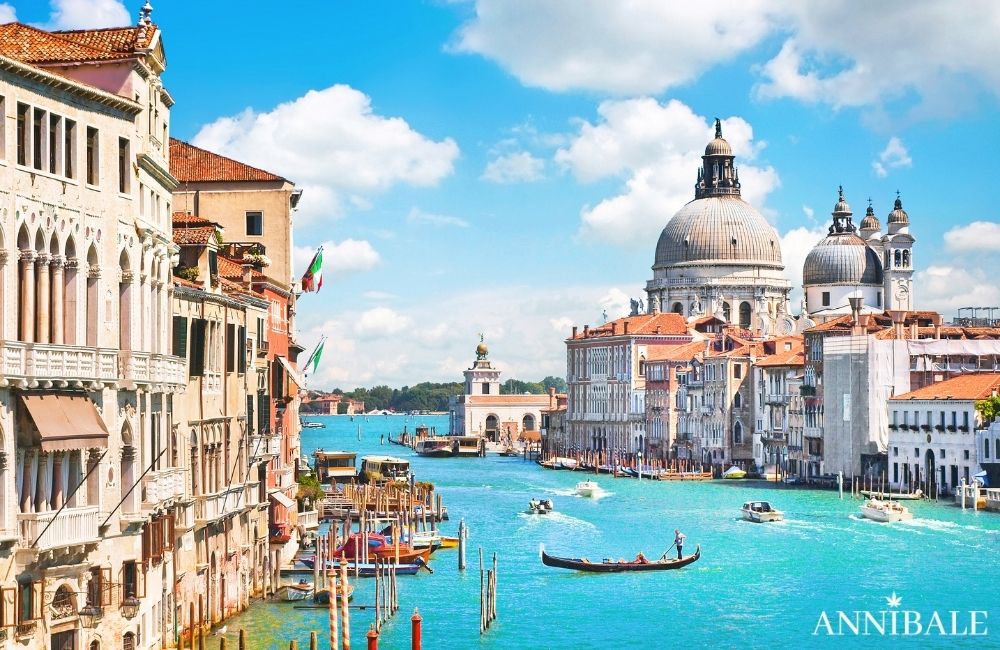 In addition to the sentence of the Consulta of the Cassation of the Italian Republic which ruled on the unconstitutionality of the Fini Giovanardi law (law desired by the Italian right of Gianfranco Fini, secretary of the National Alliance, and Carlo Giovanardi, exponent of Forza Italia), during the decades have collected several final sentences of acquittal for the crime of cannabis cultivation.

The final or third degree sentences are issued by the Court of Cassation and, for the Italian legal system, are prescriptions like the articles of law.

So, as we could understand, nowadays there are many doubts about what can and cannot be done in Italy regarding the cultivation and playful consumption of Cannabis. 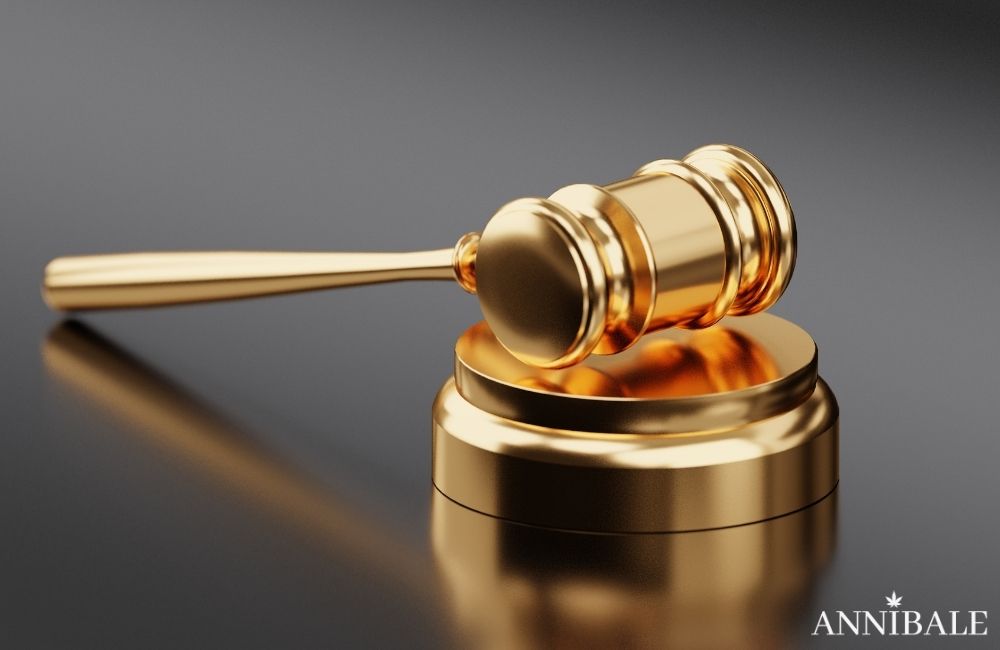 Referendum on the Legalization of Cannabis in Italy 2022

The popular referendum for the legalization of Marijuana in Italy 2022, promoted and carried out by the cultural association “Luca Coscioni” (with which we are in direct contact in order to be able to give our support), could be the decisive step for a radical regulatory change.

Going to vote will be the right of every Italian citizen who has turned 18 by the day of the vote in 2022. You can therefore express your choice on the legalization of Cannabis in Italy, deciding whether to make free what, in fact, already happens in every Italian city: cultivating Hemp plants.

But what exactly is the referendum question about? Let’s find out together! 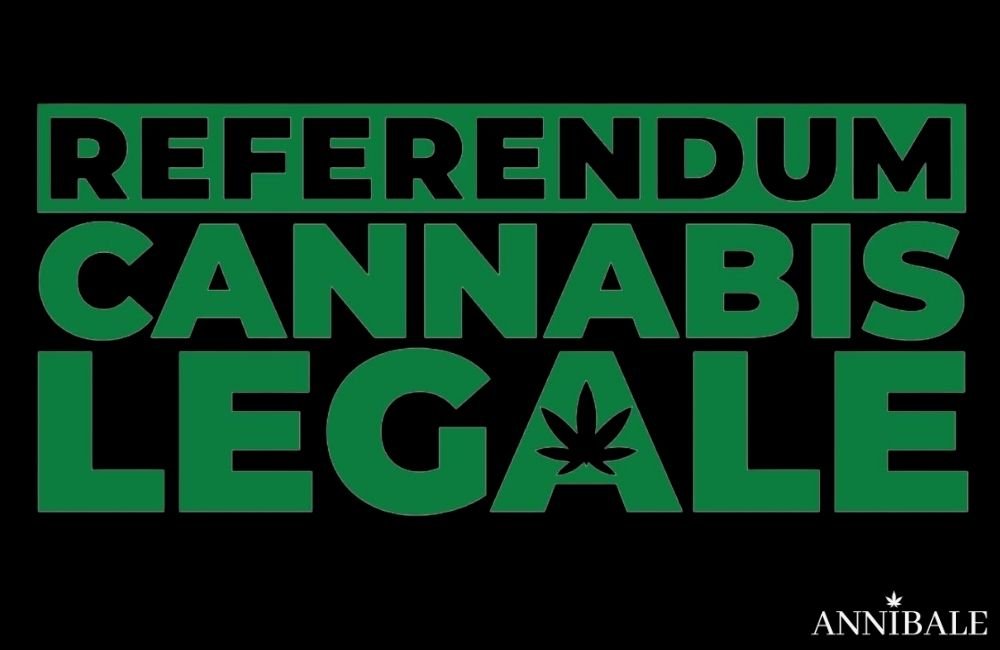 Referendum question on the legalization of Cannabis in Italy

“Do you want the Decree of the President of the Republic of 9 October 1990, n. 309, concerning “Consolidated text of the laws regarding the discipline of narcotic drugs and psychotropic substances, prevention, treatment and rehabilitation of the related drug addiction states”, limited to the following parts:

If the referendum on the legalization of Cannabis 2022 in Italy were approved, we could talk about a real green revolution! In fact, with a positive outcome, the referendum on the legalization and decriminalization of Cannabis in Italy 2022 would give the possibility to create new spaces in the labor market, healing the public debt and rebuilding the economy.

It sounds like a utopia, but it isn’t. In fact, if Marijuana were legalized in Italy, it would be estimated the birth of between 100.00 and over 200,000 new jobs, occupying many workers who today pour, especially due to the Covid-19 pandemic, in a precarious economic and financial situation, many of which far beyond the limits of the sogilia of poverty.

You could finally smoke weed without incurring administrative penalties, and grow hemp with the active ingredient THC (up to a maximum of 4 plants per person) without running into administrative or criminal problems.

In short, a real green revolution! 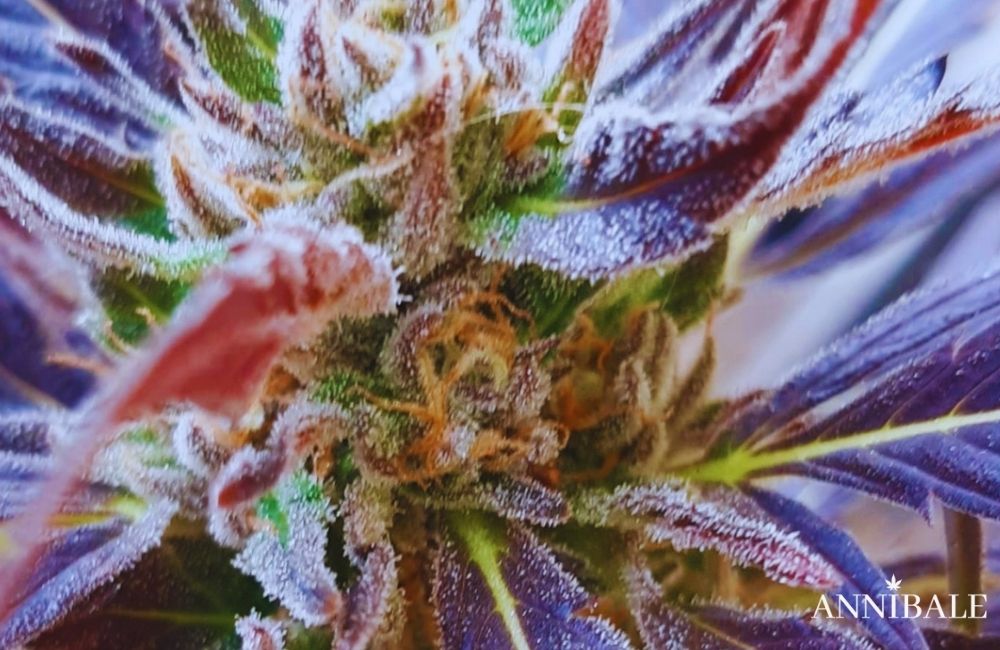 10 Benefits of Legalizing Marijuana in Italy 2022

According to many market estimates and economic forecasts, the legalization of Cannabis would bring multiple benefits to the Italian state, which we will learn more about in our next blog article dedicated to current affairs and news. Let’s start with a small (non-exhaustive) list of 10 possible benefits that a future legalization of Cannabis in Italy could bring to the country. 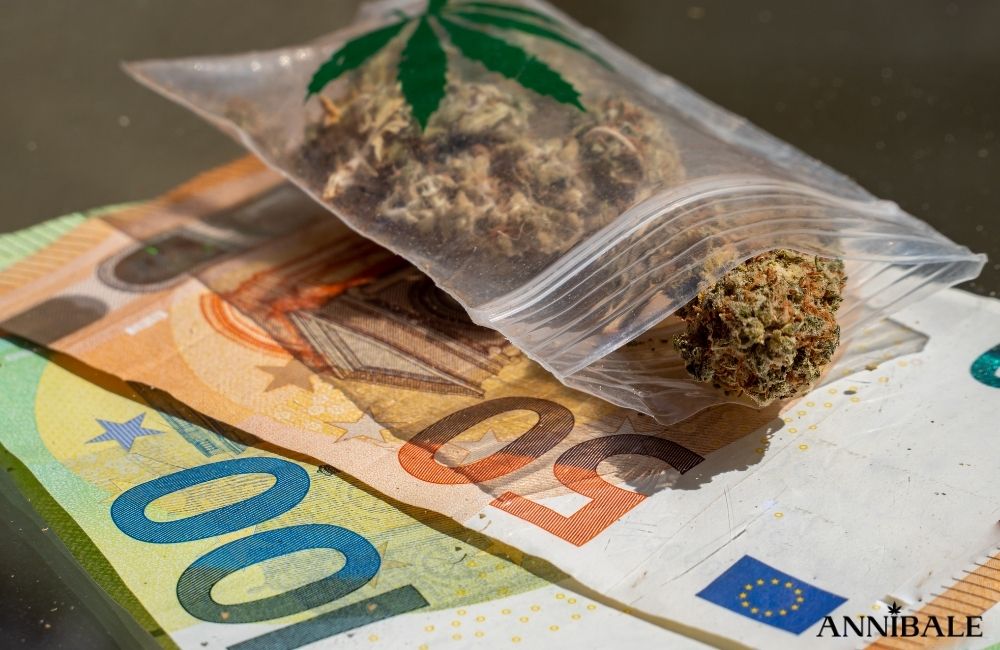 3 Reasons to vote yes in the referendum on the Legalization of Marijuana in Italy? 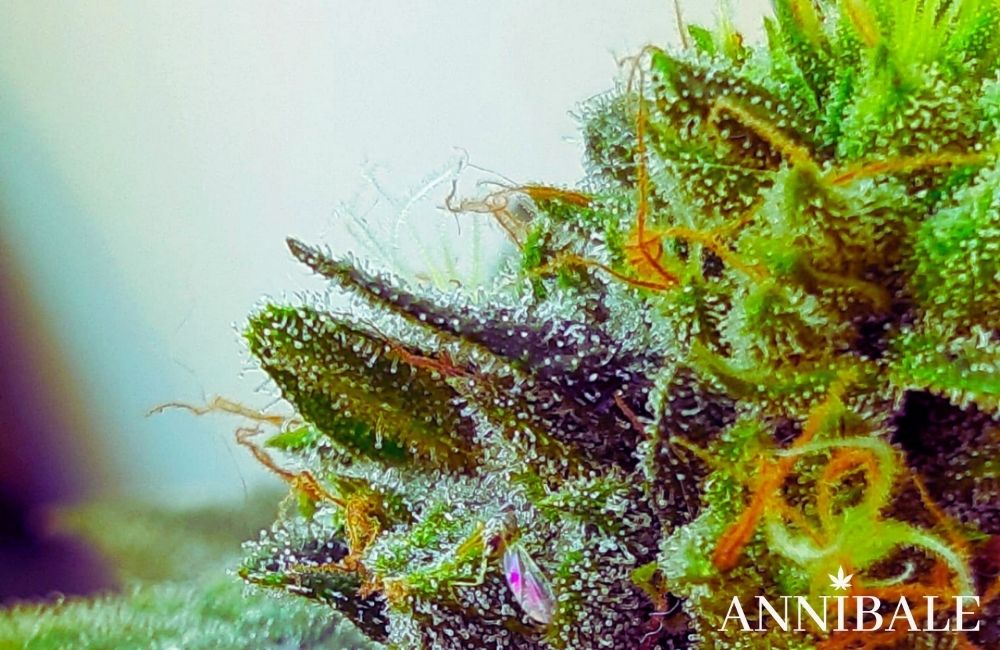 Pros and Cons of Cannabis Legalization in Italy

Our next article on Cannabis news and current affairs will be dedicated to precisely analyzing every positive and negative factor of what can be the consequences of the decriminalization and legalization of Marijuana in Italy.

So do not miss to continue to follow us in all our articles regarding the legalization of Cannabis in Italy in 2022! 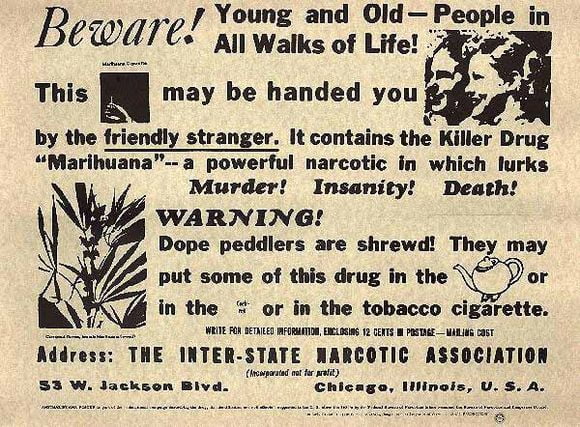 A greetings from team di Annibale Seedshop. follow us in our next article!